Not much going on in terms of casting announcements, even though filming is firmly underway in Hungary, but there have been a number of new developments that have gone on in the past few weeks and I thought it was worth compiling some of them into a post.

Peaky Blinders’ Paul Bullion has been added to the cast in the role of a Sardaukar soldier. For the uninitiated, the Sardaukar are the Emperor’s fearsome military force, trained on the prison planet of Salusa Secundus. Bullion, besides being a regular cast member on the hugely successful Peaky Blinders, has a diverse back catalogue involving things like 2014’s Dracula Untold (I still wish that had remained untold), appearances in Patrick Melrose and an adaptation of Daphne du Maurier’s Jamaica Inn. He’s also won last year’s best actor prize at the British Horror Film Festival for his lead role in the short, Oscar’s Bell. Another quality name added to the cast, then!

There was a lot of buzz a while ago when Tye Sheridan’s name suddenly appeared on the IMDb listing for Villeneuve’s project. He was listed as Feyd Harkonnen, the Baron’s younger nephew (played by Sting in David Lynch’s 1984 film). As soon as this appeared, it promptly disappeared again and nothing more has been said about it. I don’t know how easy it is for IMDb to be hacked or why anyone would want to, but it seemed to me like it would take some effort to make this happen and that it couldn’t be an accident. Either way, there might be more to come on this in the coming weeks but for now it is just a mystery. For those who don’t know Tye Sheridan, he first appeared on the scene in Terrence Malick’s The Tree of Life in 2011 as Brad Pitt’s son. Since then he’s mixed smaller projects with big budget fare such as taking the lead in Steven Spielberg’s film version of Ready Player One and his recurring role as Scott Summers (I nearly wrote Scott Sellars then – that’s the Newcastle United fan in me) in the X-Men franchise.

How do I feel about him as Feyd? The truth is I’m not entirely sure. Feyd has always struck me as quite an imposing presence, even at his young age. Tye Sheridan is three inches shorter than Timothee Chalamet, which I know doesn’t really matter as they could just have him stand on a box like Alan Ladd, but it’s not quite what I had in mind. I don’t think it would necessarily be a bad pick, certainly not on those grounds, but I’m not as sold as I am on most of the other casting choices. A bit of interesting trivia is that Sheridan’s idol is one James McAvoy, who of course played Leto II in the TV mini-series version of Children of Dune.

Looks like I’ll have a whole load of casting reactions to write in the near future. WarnerMedia, getting ready for their new streaming service, have greenlit a series based in the Dune universe. Not only that, but they’ve signed up Denis Villeneuve to direct the pilot episode. Jon Spaihts will write it, giving yet more continuity from the film.  The statement released about the upcoming series goes like this:

Dune: The Sisterhood takes place in the same universe and explores the future through the eyes of a mysterious order of women: the Bene Gesserit. Given abilities by their mastery of the body and the mind, the Bene Gesserit expertly weave through the feudal politics and intrigue of The Imperium, pursuing plans of their own that will ultimately lead them to the enigmatic planet Arrakis — known to its inhabitants as Dune.

Brian Herbert and Kevin J Anderson are on board and I have a feeling that, given the text above,  this may be a prequel to the events that will happen in the film. Personally. I would like to see something further in the future with Darwi Odrade. It’s great that something else is in the pipeline, though, and the fact that Villeneuve is on board should guarantee a positive start to proceedings. 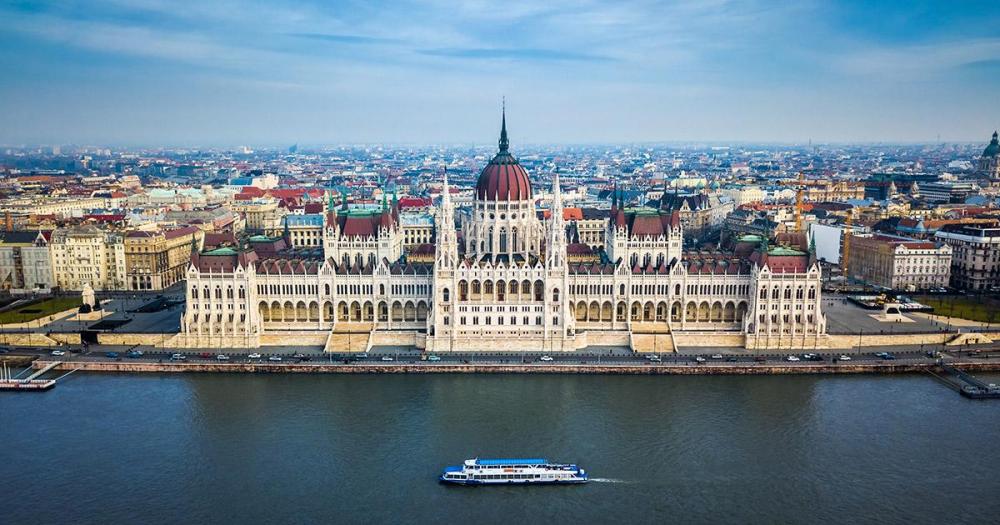 Dune has joined a lengthening list of big films basing their productions in Hungary. The Eastern European country is becoming a hub for film production with state of the art facilities and welcoming grants and tax breaks. Dune may become one of the biggest recipients of indirect funding from the Hungarian government ever (close to 23 million Euros) and the most expensive film ever made in the country.

Cast members are filming in Hungary currently. Over the past week, I’ve had more than a hundred hits on my previous update post from there and I couldn’t hep wondering whether it was a cast or crew member or just a local trying to figure out what all the fuss was about.

In any case, I look forward to bringing you more updates as they come.

You can check out my other Dune posts by clicking the links below.