Wow, two in 24 hours. They’re like buses. Nothing for weeks and then two come at once.

It looks like, hot on the heels of last night’s unveiling of Oscar Isaac as Duke Leto, we now have a big tick next to Chani’s name.

The daughter of planetologist Liet Kynes and mother of the God Emperor Leto II (spoilers) will be portrayed by Oakland-born dancer, entrepreneur, actress and singer, Zendaya.

Now, I don’t know much about this young actor. I’ve only seen her in Spider-Man Homecoming. I’m afraid I only made it 10 minutes into The Greatest Showman before turning it off (not my kind of musical) so I can’t talk about her performance in that. I thought she was excellent in Spider-Man, great comic timing and an understated presence, and I was glad to see her in the trailer for Far From Home. 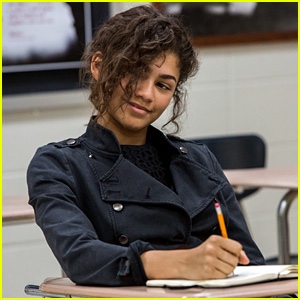 I think she looks the part and she’s had a great intro to acting through the American Conservatory Theater and the California Shakespeare Theater, whose alumni include Annette Bening, Nicolas Cage, Winona Ryder and Denzel Washington. She’s appeared in productions of Richard III, Twelfth Night and As You Like It, so she’s clearly got the chops.

I look forward to seeing how this turns out. Thumbs up from me.

Thanks for reading. You can see my other casting reactions here. The rest of the line-up should start to fill out quite soon as filming is scheduled to start any time.