After 7000 words of All the Bond films, worst to best! I’m going back to the A-Z challenge. I must say that I’m very much in a ‘picture tells a thousand words’ mindset about this one. There’s not much I can add to some of the wonderful things I saw in India when Serena and I visited at the end of 2011. It was one of the most magical holidays I’ve ever had. So, for my ‘I’ post, I’m going to just give a little photo story of our two week whistle-stop tour. 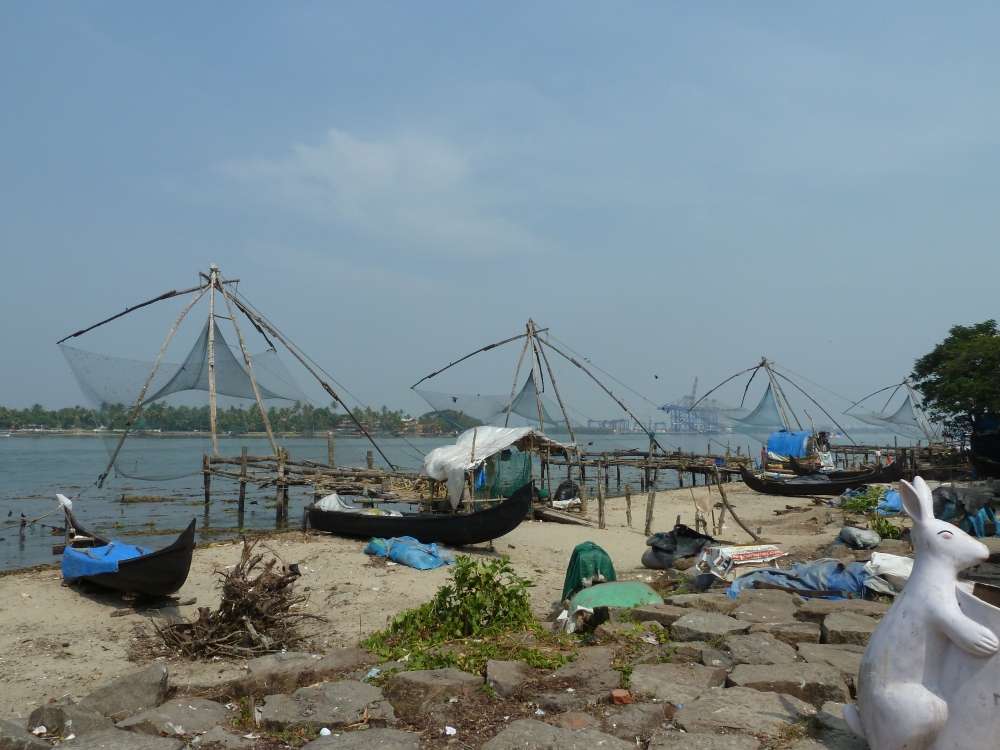 We started in Kochi, home of the famous Chinese fishing nets. We caught a boat out across to Fort Kochi and spent the day walking around this historical part of the city. There are some lovely places to stop in Fort Kochi and it was a nice place to start our trip. 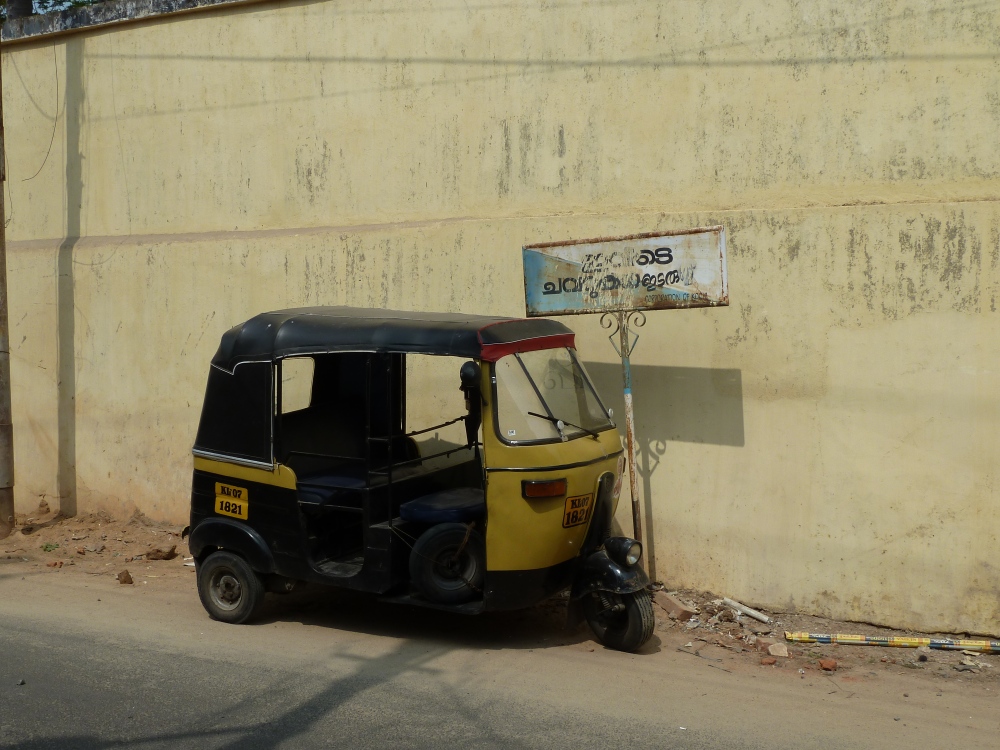 Got our first glimpse of one of these things while we were walking around. Tuk-tuks. They’re everywhere you go and are great fun to ride in. 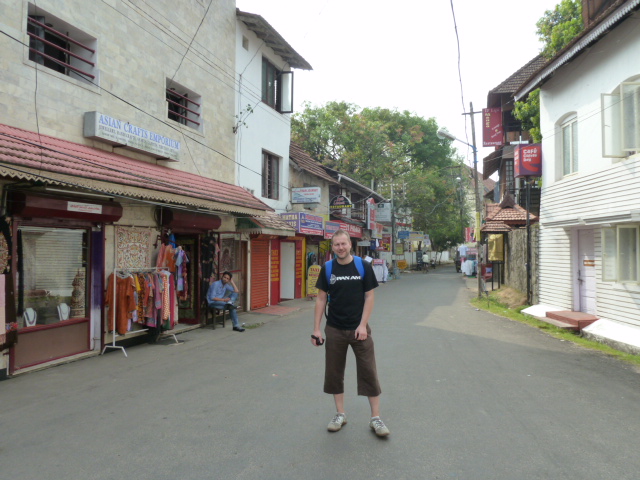 As I said, it’s a nice place to walk around and there are some lovely little shops and craft places to get souvenirs and such. It’s a very laid back sort of place with none of the intensity that you find in other places we visited. At the end of the day, we took a boat trip out to see the sunset and the Chinese nets in action. 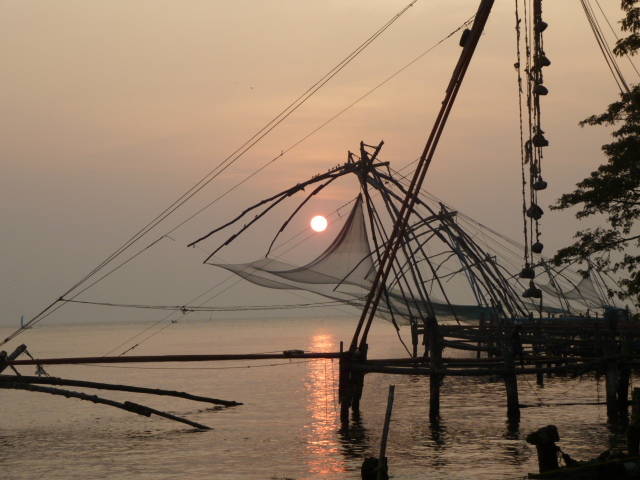 Kochi was a lovely place to start, but we had places to go. From there, we were booked onto a train down to Varkala, a little beach town that was meant to be fantastic and not too touristy. 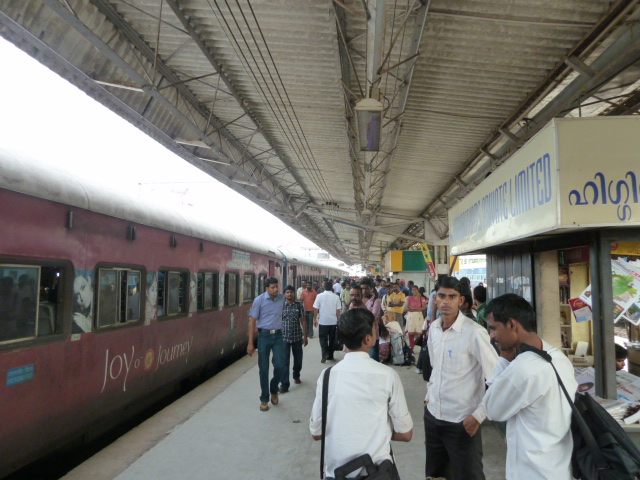 The train system in India is brilliant and we were able to book our tickets online well in advance. The station was easy to navigate and we found our way to our bunks for the four hour trip. 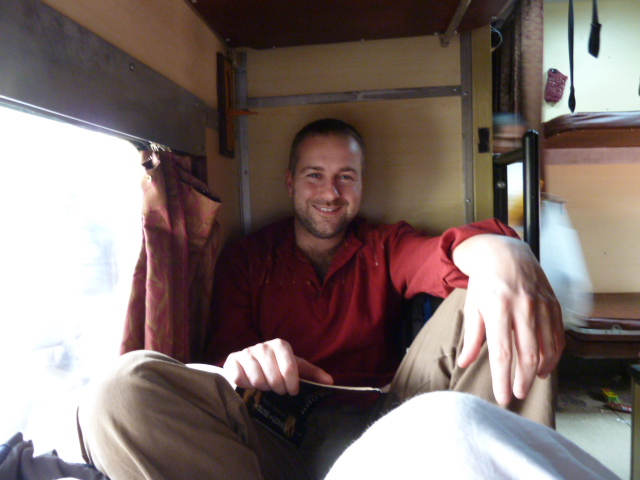 This was one of the high points of the holiday; rolling through the countryside, watching from the door as we chugged through villages and farmland. There was plenty to see and it felt like a really short time before we reached Varkala. There was even a man from the hotel waiting for us – well, he was waiting for Ferina and Rich, but it was close enough. We stayed at the Varkala Marine Palace: a beachfront hotel with gorgeous cabins and a hammock outside our room. I found some Christmas lights in a market on the cliff top and decorated the room a little bit for Christmas.

In truth, we expected Varkala to be a lot less touristy. Some parts of it were very tacky and in your face. We did find a great place called Green Pepper on top of the cliffs away south of Varkala Beach but, as is always the case the first time you vist a place, you find these little gems a little too late. 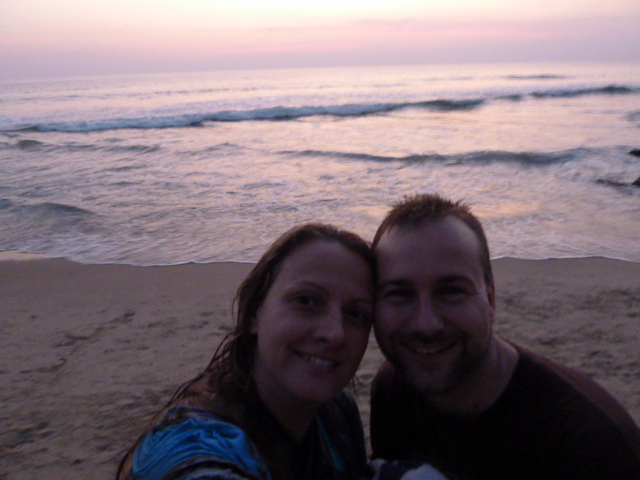 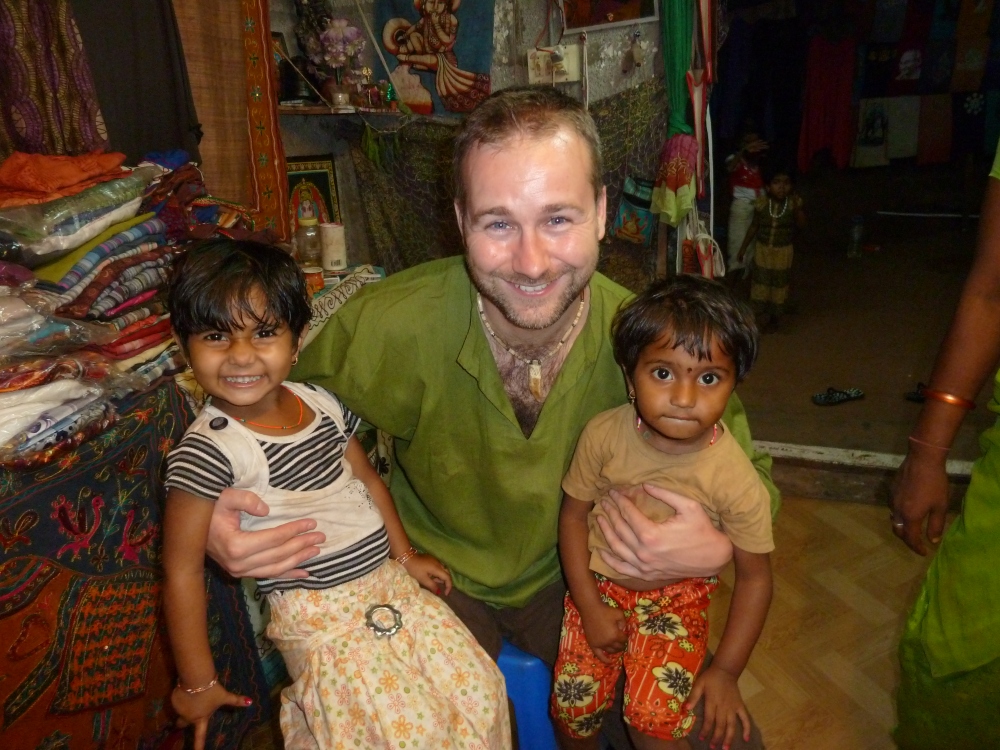 We also got to know the locals a little bit, spending a long time looking through the stalls near the hotel.

Our next stop was to be very different. From the warmth of Kerala, we were moving all the way up to Delhi. 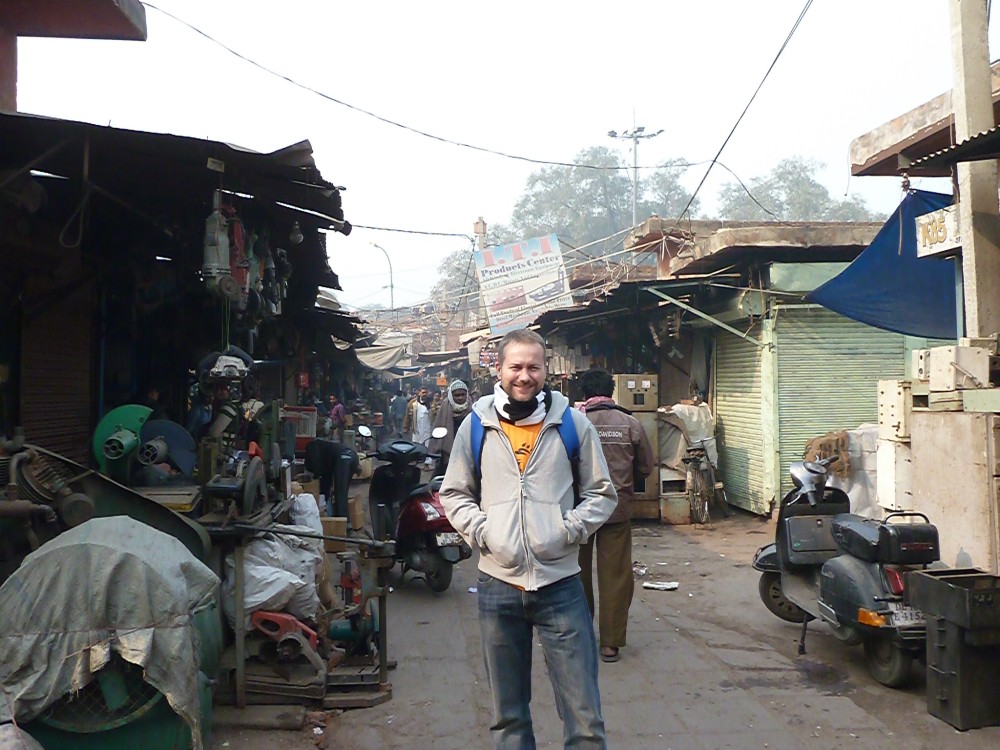 Old Delhi was just about as far removed from the laid back atmosphere of Kochi where we had started as could be possible. We were staying at the Tara Palace, right in the heart of Old Delhi. It was a basic hotel but great value and comfortable. The room service was fantastic, too.  Bottles of Kingfisher within a few minutes! It was also a haven from the sheer mass of energy and movement around the place. Old Delhi is as intense as anywhere I’ve been. There are people everywhere and the constant noise of car horns becomes the norm after a while. Piles of rubbish and decrepit buildings are commonplace. Some of the buildings are missing entire walls which make them appear like some warzone doll houses. 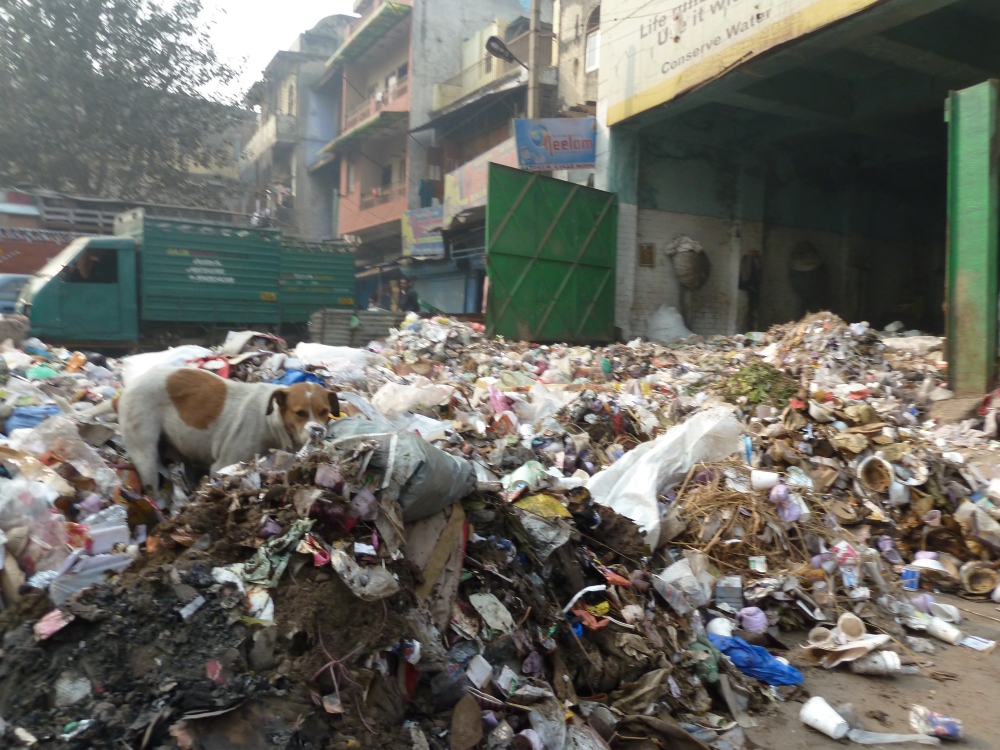 We had a good nose around Old Delhi before being approached by a kindly gentleman who said he could show us around. He promised to take us to the Red Fort and to all manner of markets: a jewellery market, a silk market, an antique market. Of course all these markets happen to be just one shop. These guys are a very common thing. Shops give them money to bring in customers (how much money depends on how much they spend in the shop) 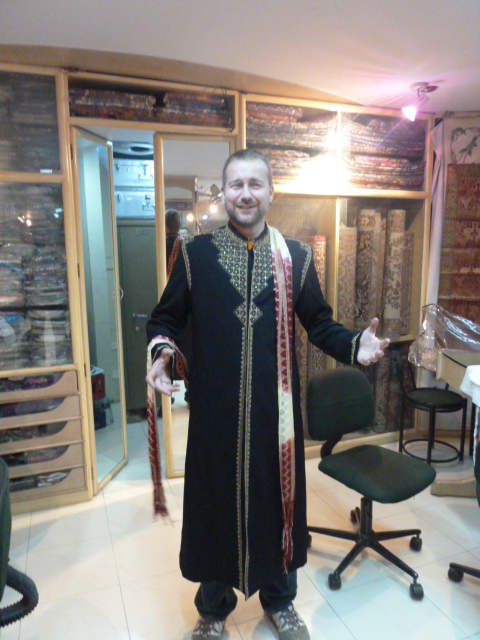 I tried on this rather wonderful ‘Maharajah’ kirta which I would have liked. It was way too much, however and I managed to walk out having bought only a white shirt.

We also found time to visit the Jama Masjid mosque, which was designed by Shah Jahan and is one of the largest in India. 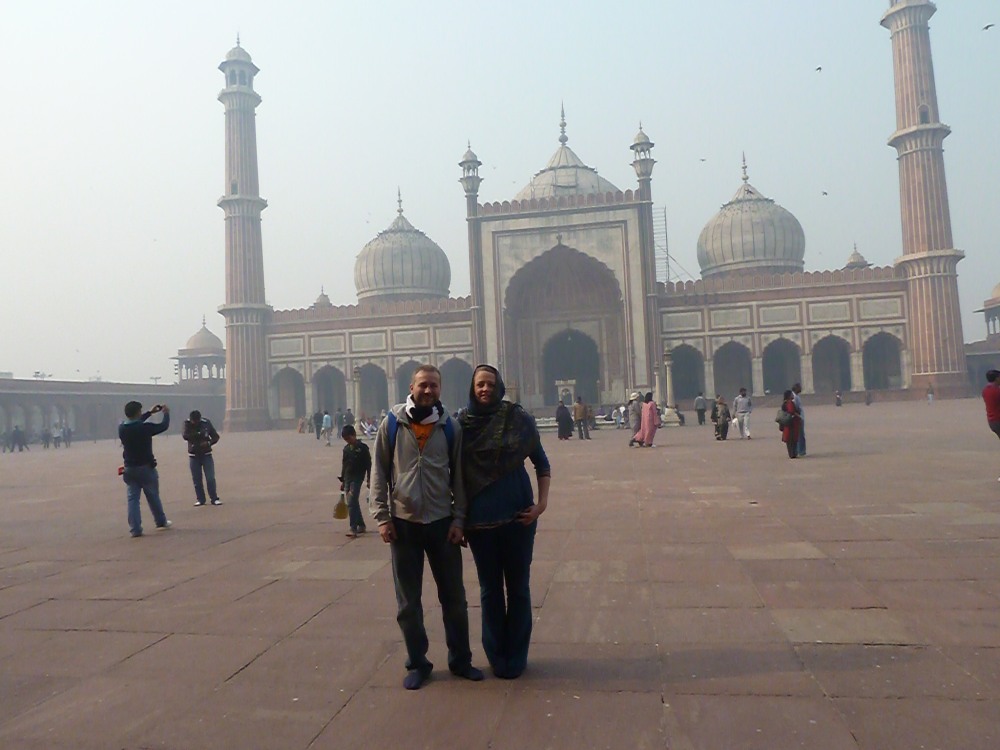 If you’re going to see one thing built by Shah Jahan, of course, it has to be the Taj Mahal, so we set about making arrangements to get to Agra. This is one of the things I would recommend you book in advance.  there is a fast train but it was all booked up when we got there and we ended up paying for a driver for the day. this wasn’t prohibitively expensive but it was a chunk of cash and also it took forever. The road between Delhi and Agra, as you might expect, is very busy.  We saw some interesting sights en route: 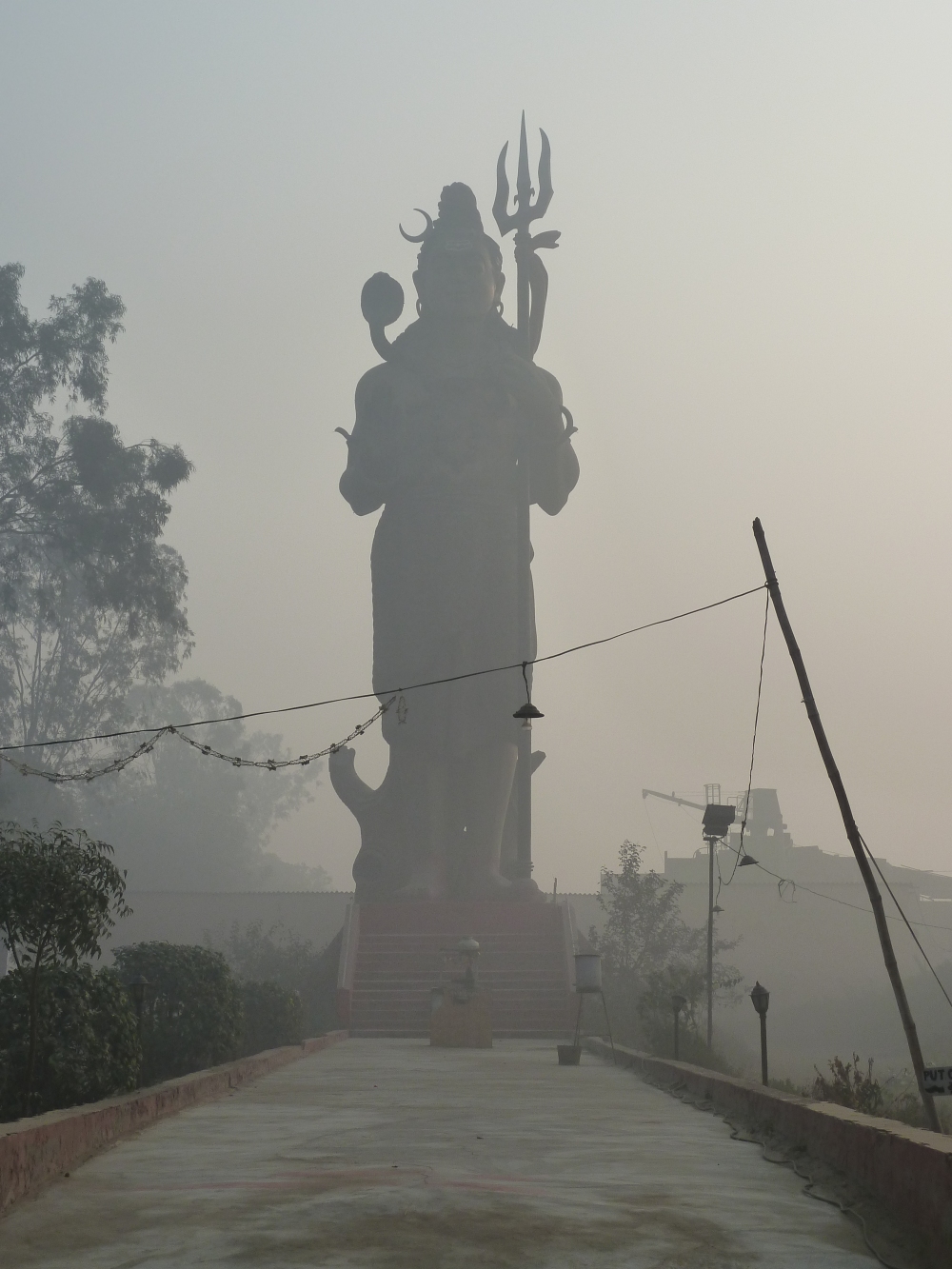 and some shameful abuse of animals to go with it. If you ever see these guys by the side of the road with monkeys, don’t indulge them. They want money to have tourists get their picture taken with the monkey. The monkeys get treated pretty badly by all accounts: 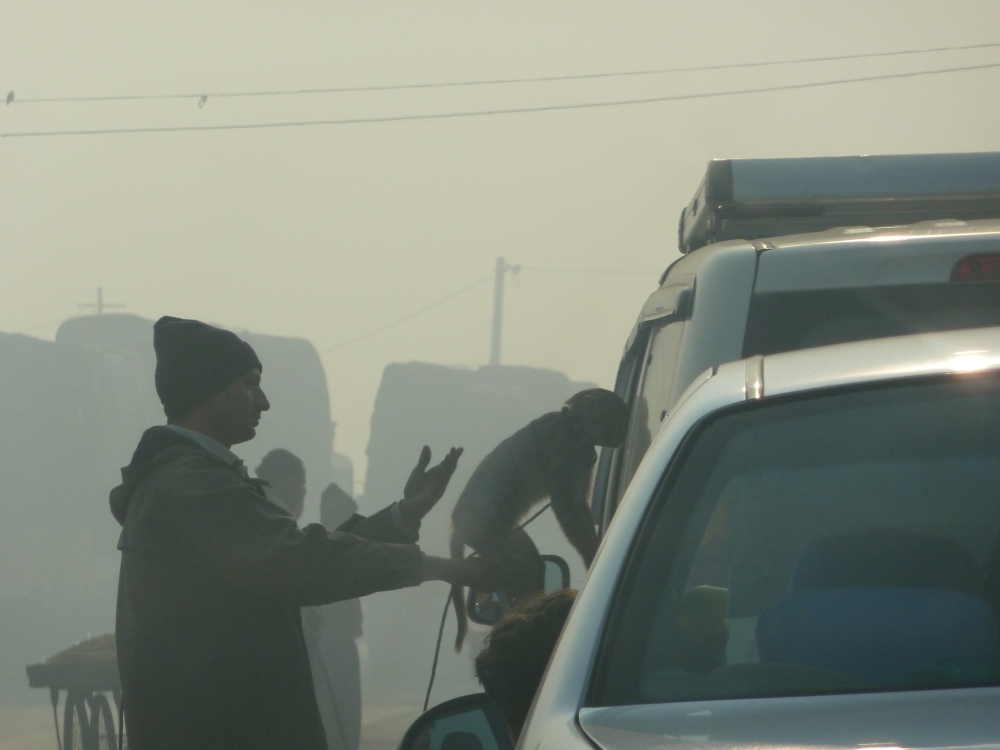 Free monkeys are available for photo opportunities in Agra anyway. 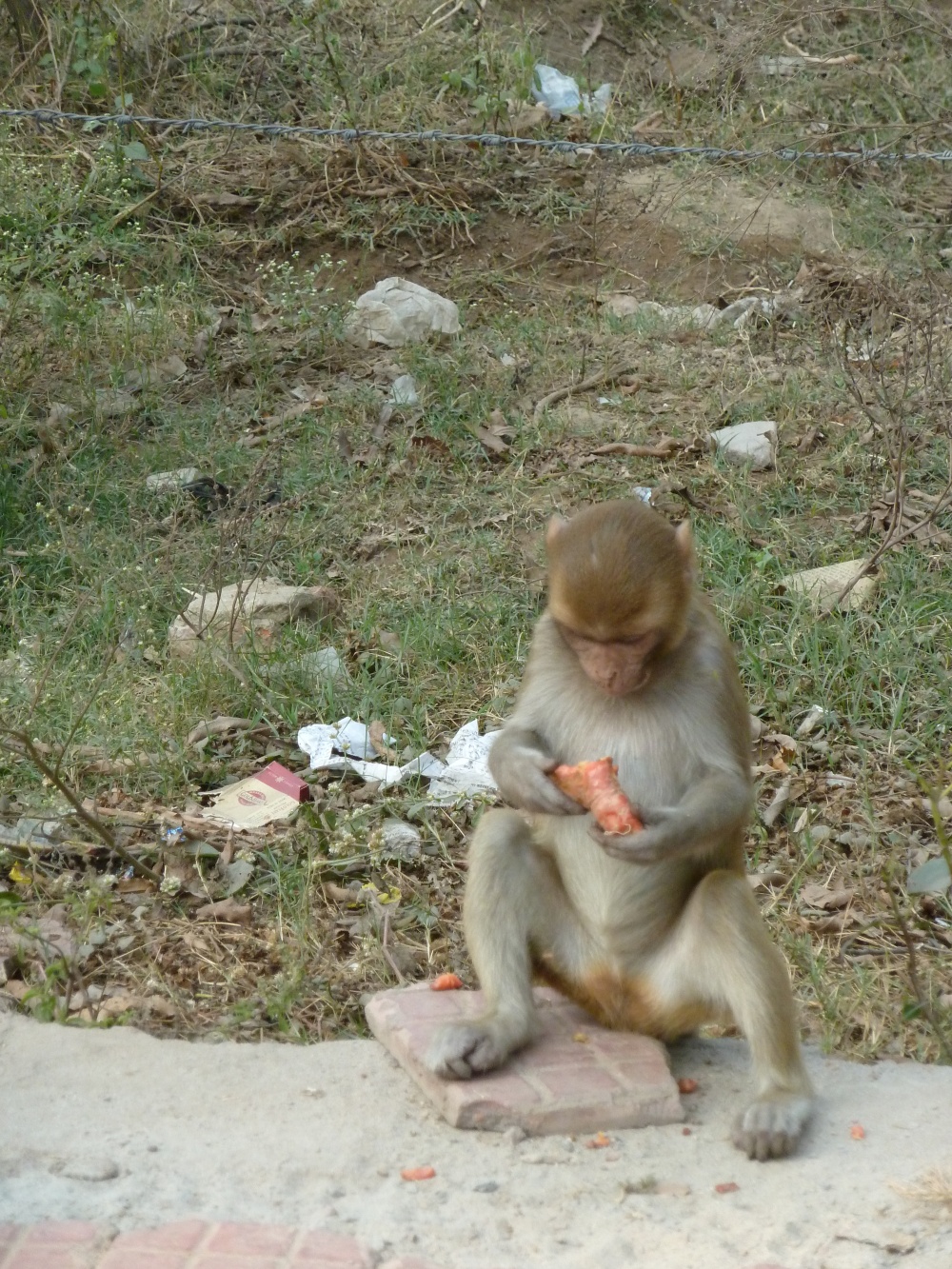 The novelty of all the sights wears off pretty quickly and you’re left with the thought of a drive from London to Newcastle and back in one day just in order to see one thing. It was five hours there and about seven hours back. That’s our fault because we should have planned it ahead. Anyway, what’s waiting in Agra is truly worth it. 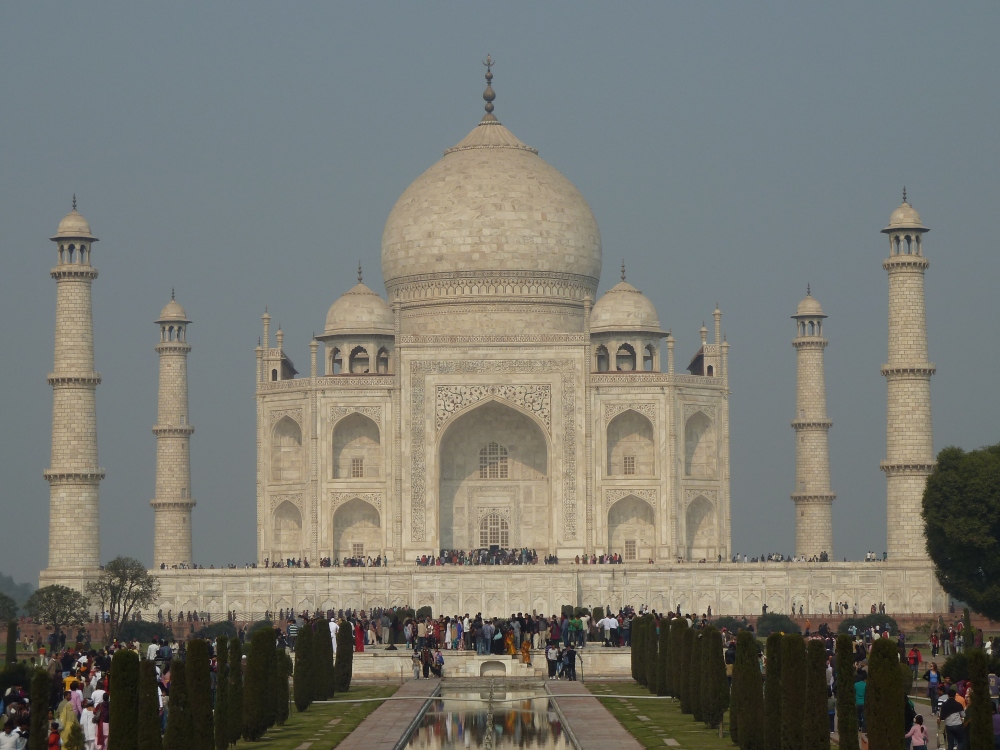 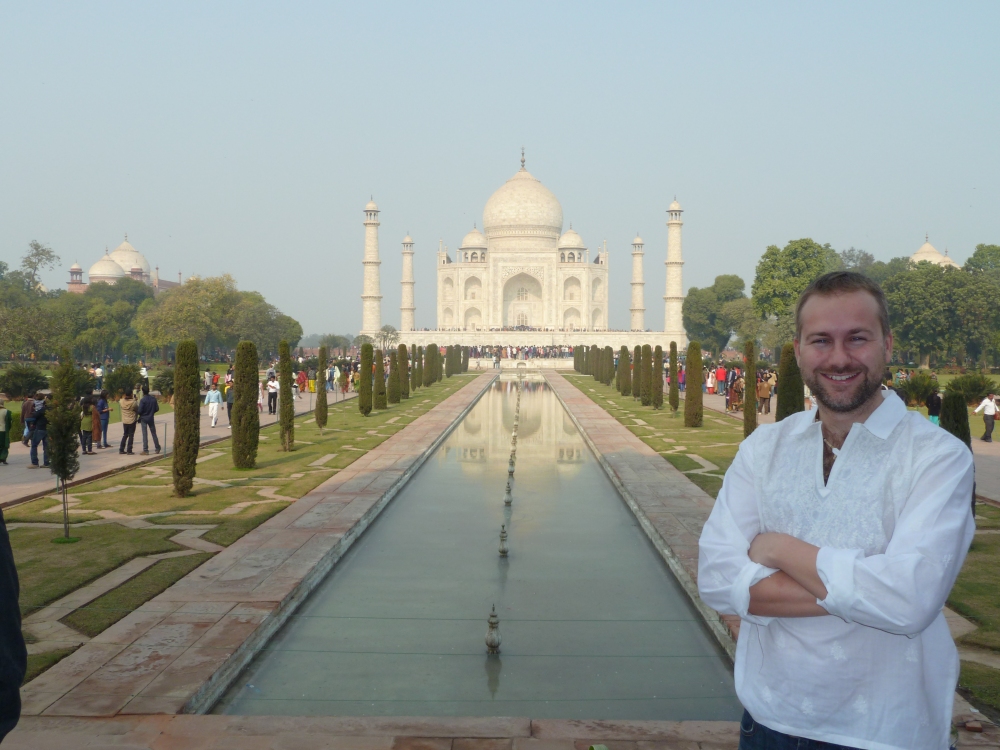 That’s the shirt I bought, by the way. We paid for the river but that also included a guide who was going to take us around and tell us things about the building. This is another reason why we should have sorted out the train in the beginning. As part of the deal, we had to let this guy take us to his shop. the first room was full of exact replicas of buts of the Taj. Declaring that we had no interest in spending that much money, we were ushered into the next room with slightly more modestly priced souvenirs. We kept being taken from room to rom until we got to the real tat, then I bought a fridge magnet and we left.

The next day we set off to Varanasi. This should have been simple but Delhi had been covered in  a blanket of fog as thick as I have ever seen. It was so thick that it was genuinely scary to sit in the back of the cab. This is what we could see:

Basically nothing! I’m amazed that the driver was able to find his way to the airport. In any case, we had to wait there for several hours before our flight to Varanasi was able to take off.

Varanasi was another high point of the trip. Its side streets and riverfront are all bustling with energy but there is a positivity to be found in this place unlike others. 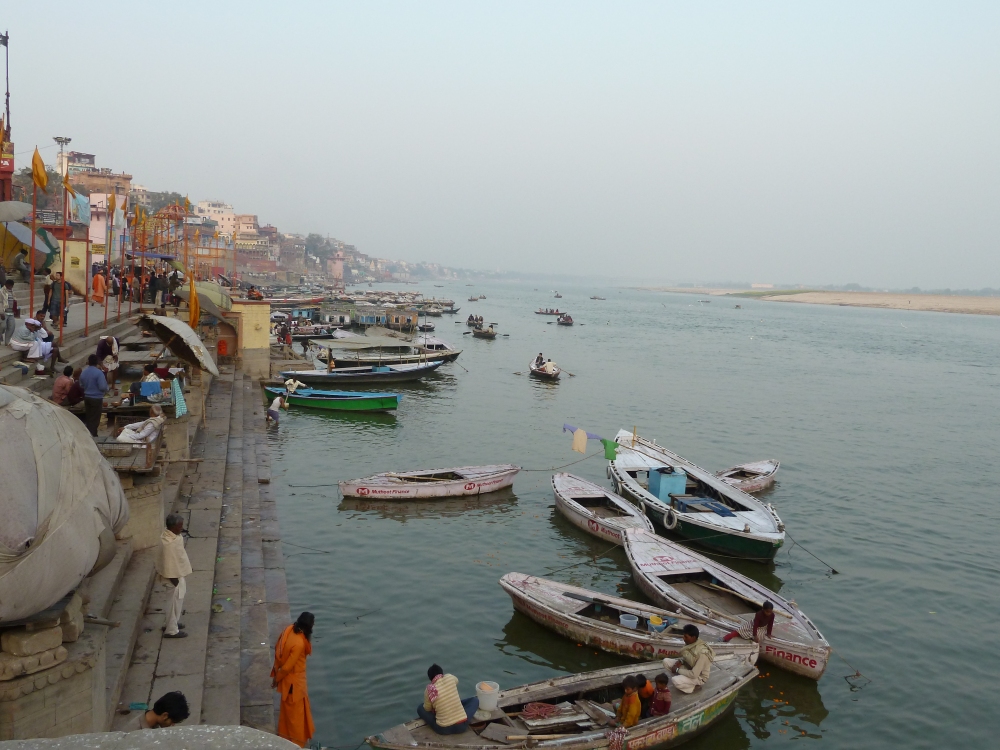 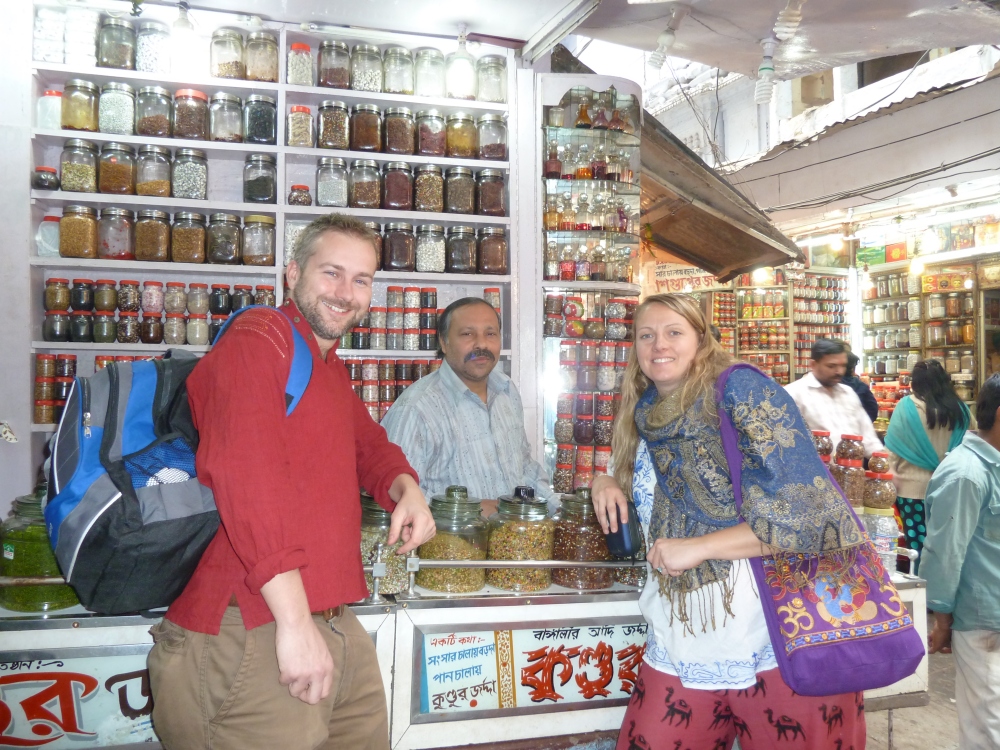 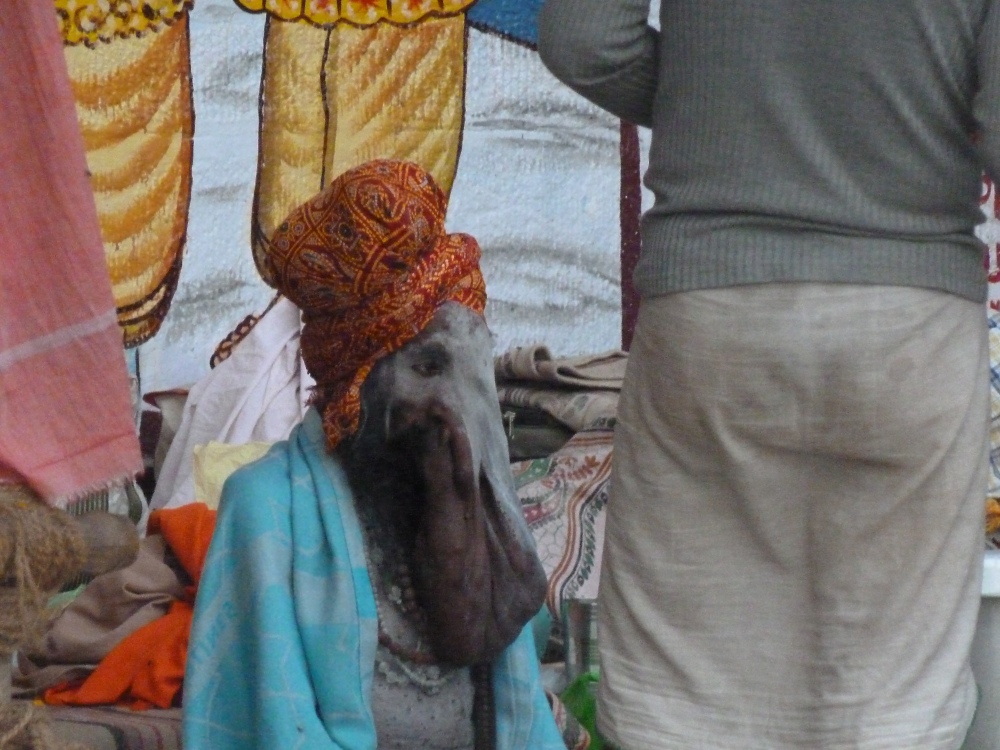 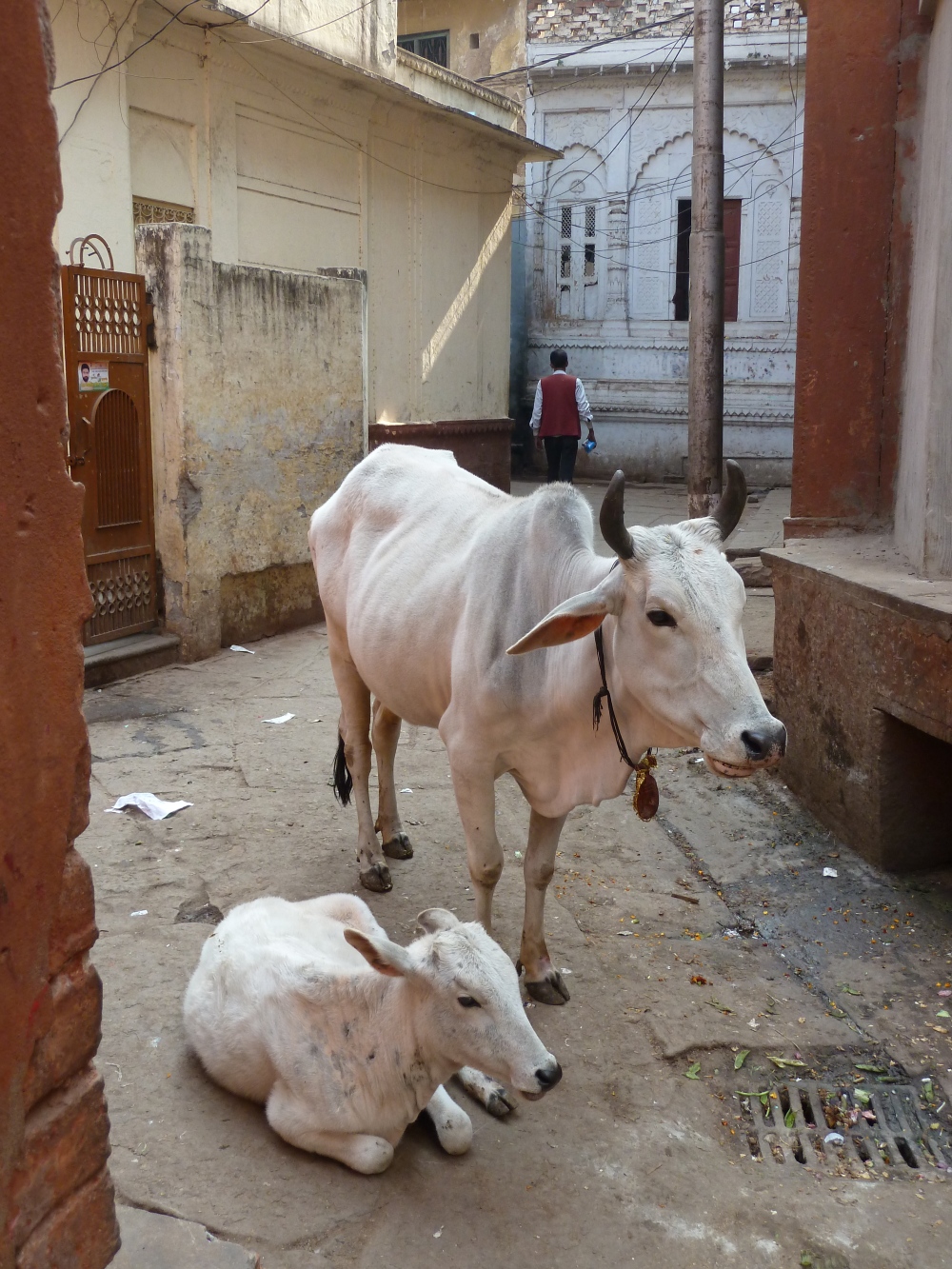 Then we took a boat all the way back along the Ganga to where we started, just in time to see a Puja led by five holy men. This was a truly magical experience. 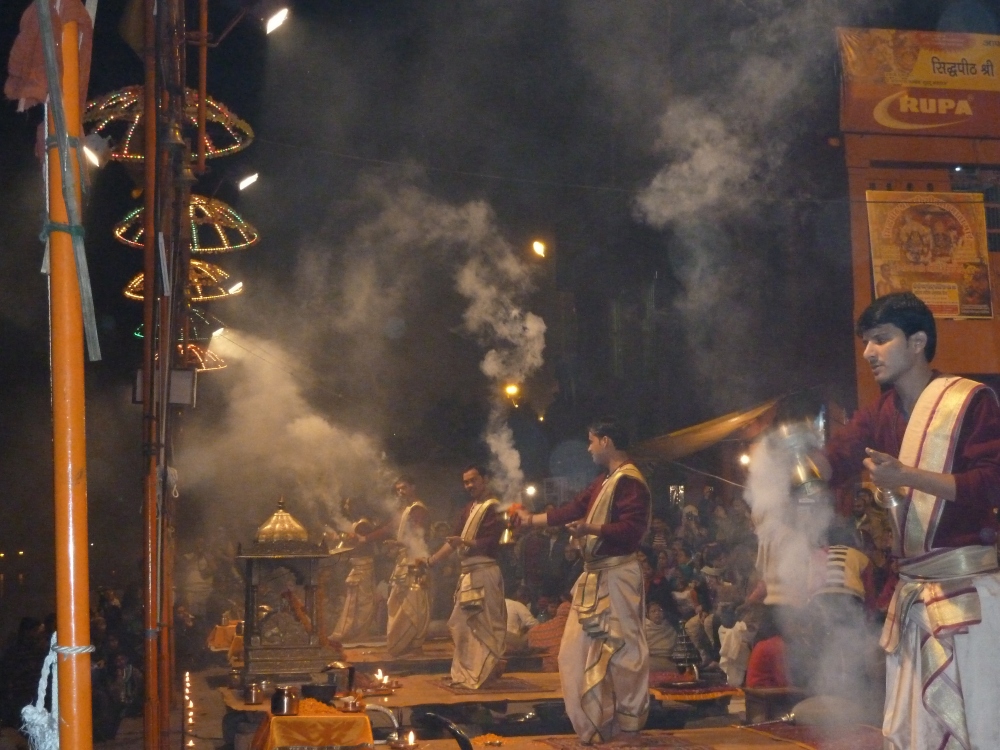 We even got to know more of the locals 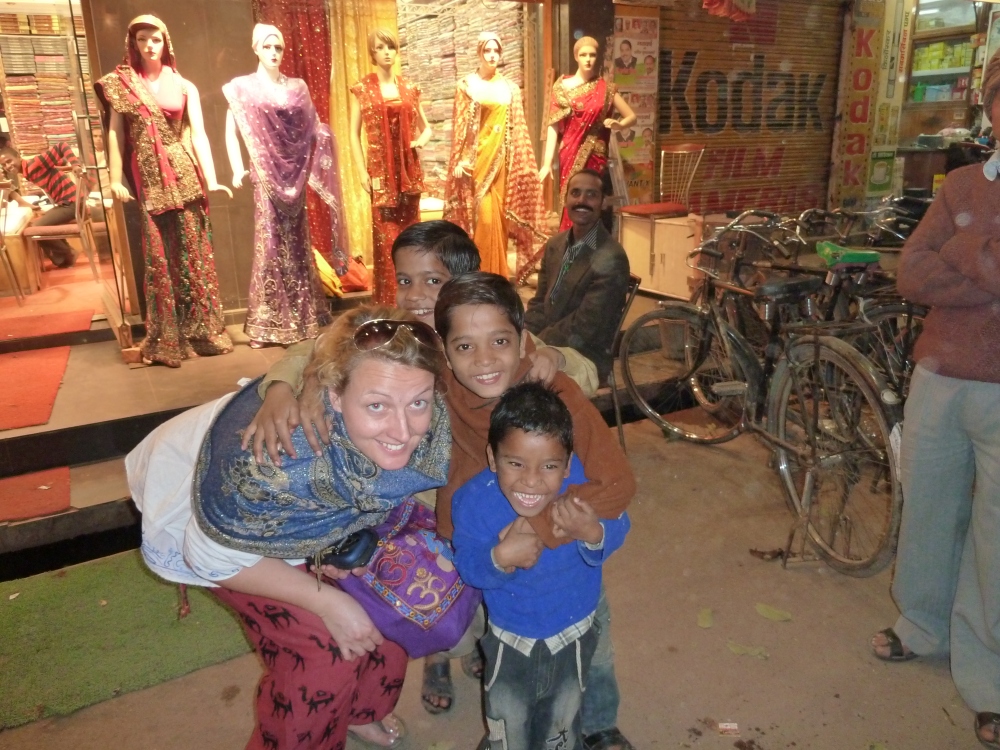 Varanasi was fantastic and I highly recommend it. We stayed at the Gateway hotel which was lovely. There are a lot of Gateway hotels around India and they almost always offer great value and service if you want something a bit more classy.

From there, we went back to Delhi for another day’s sightseeing before heading home. 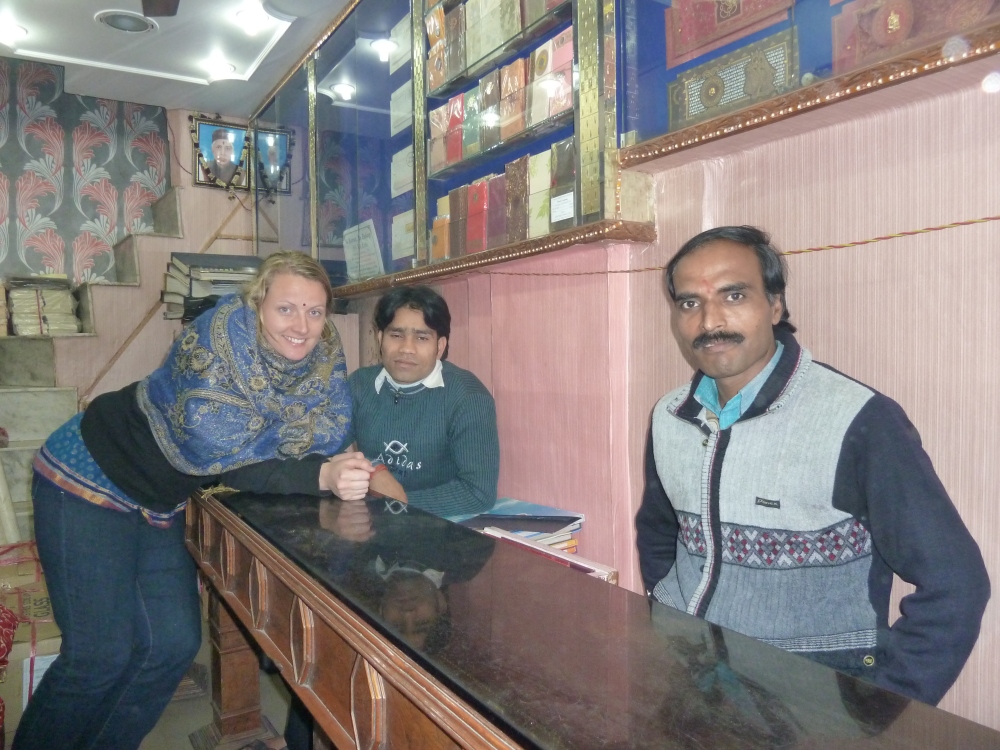 We also headed over to Chandni Chowk to get all the card and paper for our wedding invitations. We had time left for one last meal. it turned out to be the best we had had in all our time in India. It was at Varq at the Taj Mahal Hotel in New Delhi. 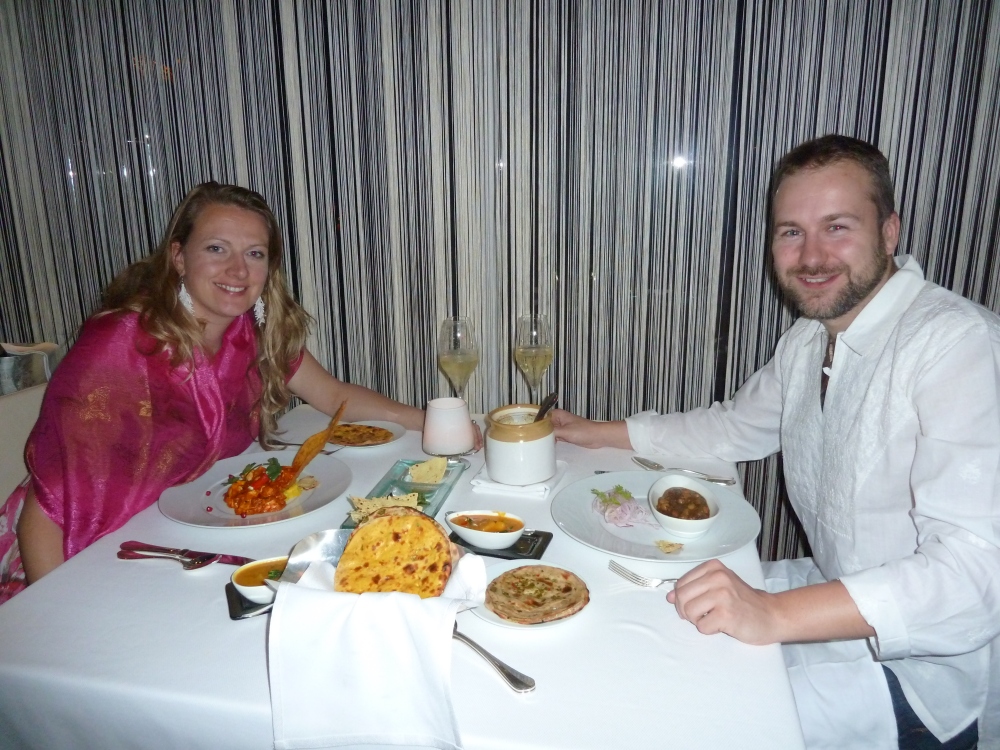 All in all, it was one of my favourite holidays ever, and a place that I would love to revisit at some point if time and fortune allows.

Thanks for reading, if you’ve enjoyed any of this, please check out my other posts in the Blogging from A to Z Challenge here: