I know, the picture above is not a vampire. It’s James Mason.  He’s playing Mr Straker in Salem’s Lot. I just couldn’t resist having James Mason up front.

So, here’s V, and this might end up reading a little bit more like one of my Taste of Cinema articles, although I’m allowed to give my personal opinion here.  That’s kind of the point. You know from my previous posts that I’m quite the fan of movies and TV. That’s where I got the inspiration for what I create myself. I’m not the world’s biggest horror fan. Don’t get me wrong; I like it. I’m not a regular attendee of Frightfest like my brother, though.  For some reason, however, I just felt like V should be about vampires. Val, if you’re reading this, you don’t know when I’m going to mention you, so you’ll just have to read all the stuff that’s going to bore you rigid in order to find it.

I was thinking about all the different takes on the vampire story I’d seen and what some of my favourites were. I know I’ll forget something important but I’ll take suggestions in the comments. This list isn’t based on any specific set of criteria and it’s not meant to be a ‘best of” or anything. I’ve never read Dracula, I’ve never seen Nosferatu or that one with Willem Dafoe that’s meant to be good, so I wouldn’t presume to write as an expert on the sub-genre.

This would be my introduction to vampires, I guess. I remember seeing this Hammer classic when I was younger (perhaps too young). Christopher Lee has become so ingrained in the cultural footprint of vampirism that it’s difficult to separate him from the role.  Even watching The Man With The Golden Gun, I still find it ironic that he’s trying to dominate solar power.  This was a genuinely creepy film and has been endlessly parodied and borrowed from. Every time some hipsters happen upon a strange place in the woods in some film and decide to go in for shelter, it’s a callback to this (and probably many other books and films that I don’t remember). 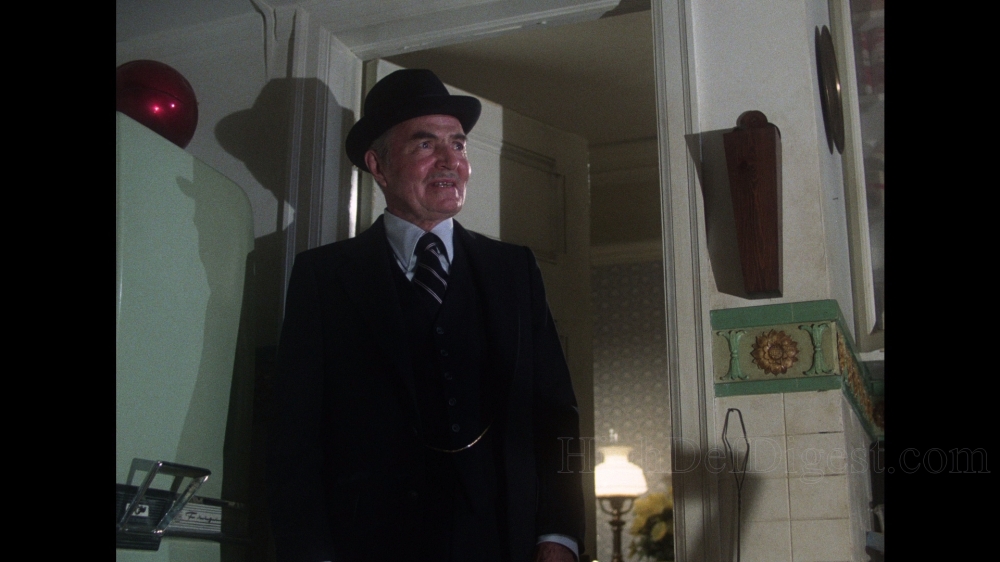 What can I say? Mr Barlow is really, really nasty looking and his familiar, played by the great James Mason, is downright creepy. “You’ll enjoy Mr Barlow, and he’ll enjoy you.” There’s a great big helping of creepy in Tobe Hooper’s film, not least the little boy scratching at the window. 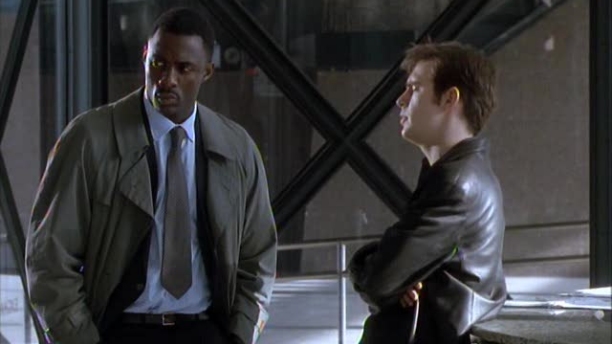 Regrettably, Doctor Who writer Joe Ahearne’s brilliantly procedural vampire series was not picked up for a second season after it’s brief, 6 episode run. Idris Elba, Jack Davenport and Susannah Harker are investigators trying to keep the Code V menace at bay in London. This, if you haven’t seen it, is well worth a watch.  The individual stories stand up really well and there is a good arc running through it all.  The writing is well done creating some really believable, relatable characters. 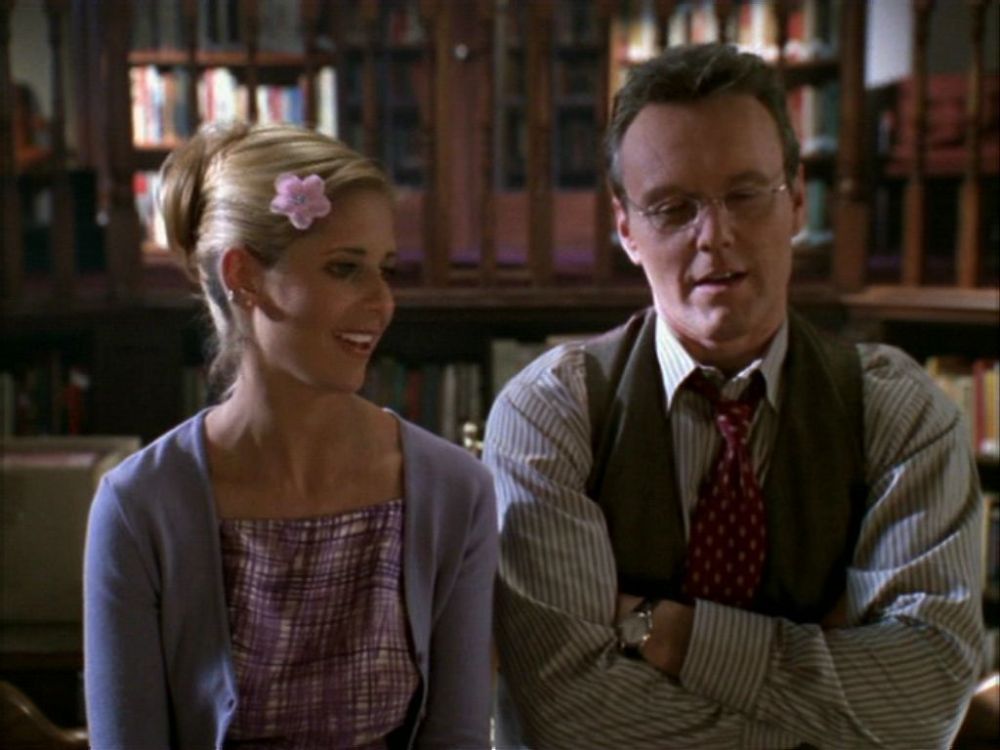 Creator Joss Whedon has been in the news for all the wrong reasons over the past few weeks and it’s a shame as people are looking at the important messages about female strength and empowerment that were put across in this series in an entirely different light. It’s always worth mentioning again that there was a big creative team behind this brilliant series and it shouldn’t be looked at a different way because of allegations about one person. There are so many high-quality stories along the show’s seven season run, moments that make you laugh, cry and cheer in equal measure. the writing is superb, the characters well-rounded. I started watching in mid season 1 and I think I was hooked when season 2 started.  I went up to London once to try to get Alyson Hannigan’s autograph (around about season 3) when she was doing a signing at HMV or Tower Records but the queue was halfway up Regent Street and apparently she was only signing copies of the box set that people bought there. I already had it and it was at home so I threw in the towel. 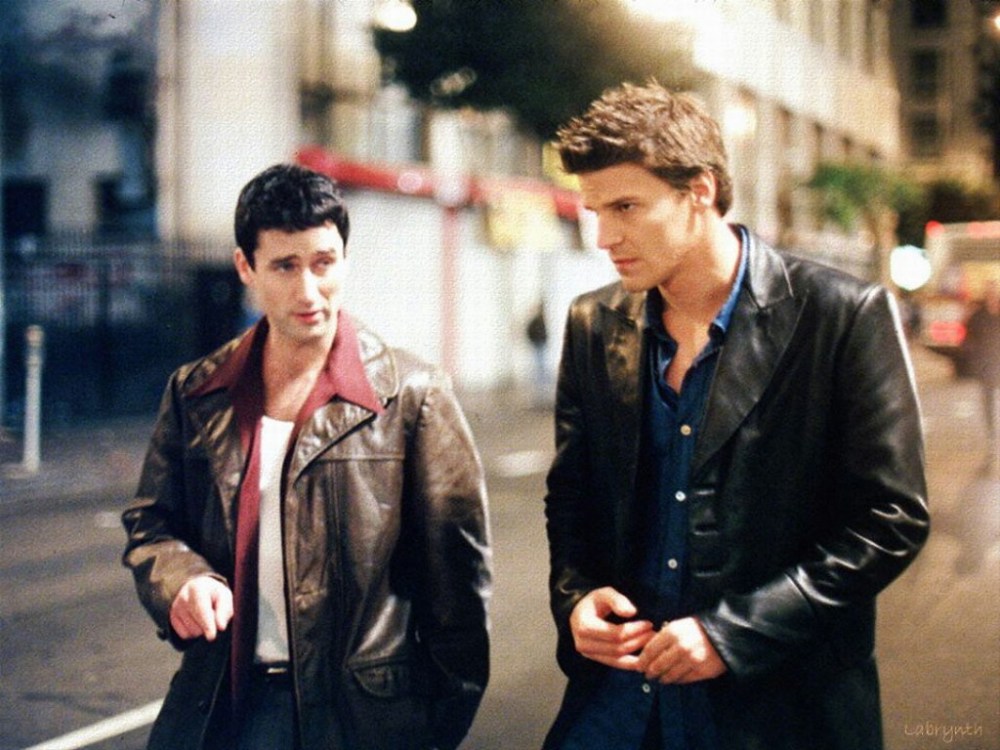 The spinoff show to Buffy, with David Boreanaz in leading actor duties, ran for 5 seasons. In my opinion, while it wasn’t as consistent as Buffy, it did reach higher points at times.  The thing I love most about Angel, however, is how it took a castoff ‘joke’ of a character from Buffy, Alexis Denisof as Wesley Wyndam-Pryce, and turned him into an indispensable presence. Denisof’s work on Angel is first rate and its one of the things that keeps me coming back to this series. Angel also managed to take potentially minor characters and write them brilliantly beyond our expectations. Christian Kane and Stephanie Romanov as Lindsey and Lilah are prime examples of this, their acting talent used brilliantly where, in lesser hands, it would have been wasted. 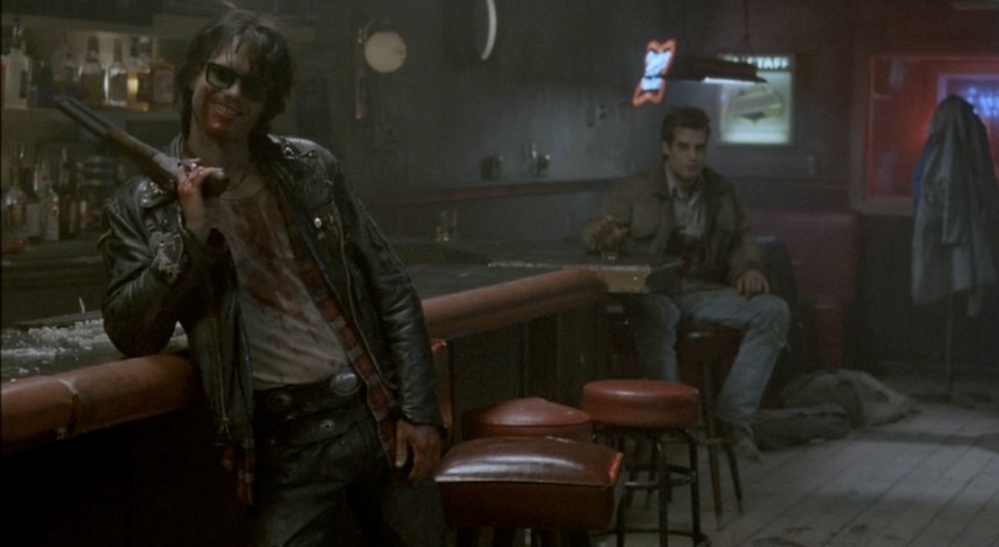 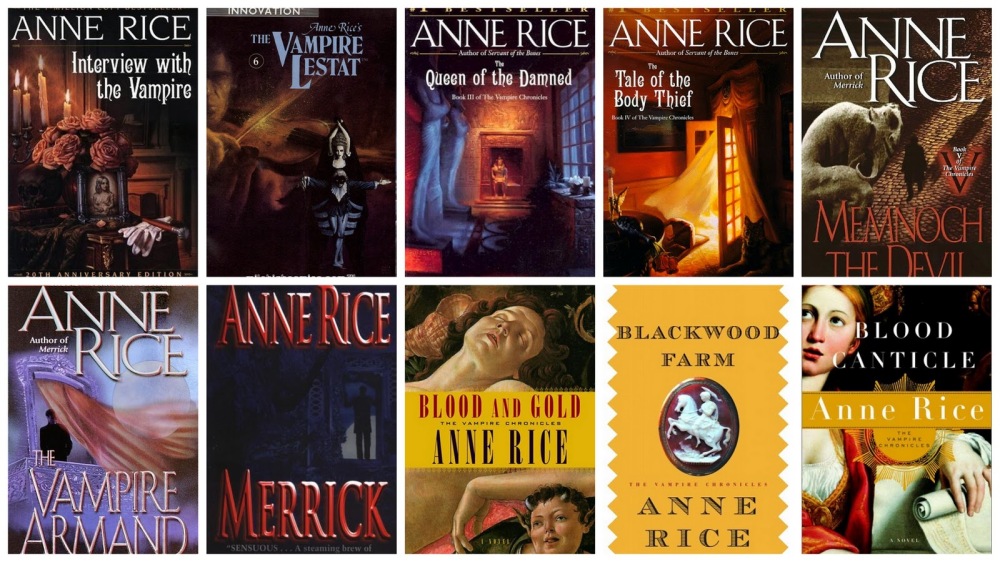 It’s not all films and TV. I can read, too. I saw the film when it came out but never really thought much of it.  I read the original book when I was teaching in Belize.  It’ll always remind me of that time in the tropical heat, like its Louisiana setting. I went on to read the sequel in Mexico and Queen of the Damned in Texas, getting through all the sequels and Anne Rice’s other series, the Mayfair Witches over the few years between 1999 and 2003ish. The stories are compelling and Lestat makes a wonderful anti-hero throughout. 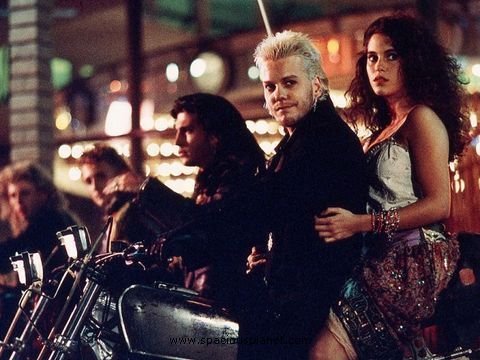 I remember my brother introducing me to this one.  Great soundtrack, great action and hey, Kiefer Sutherland on fine form. 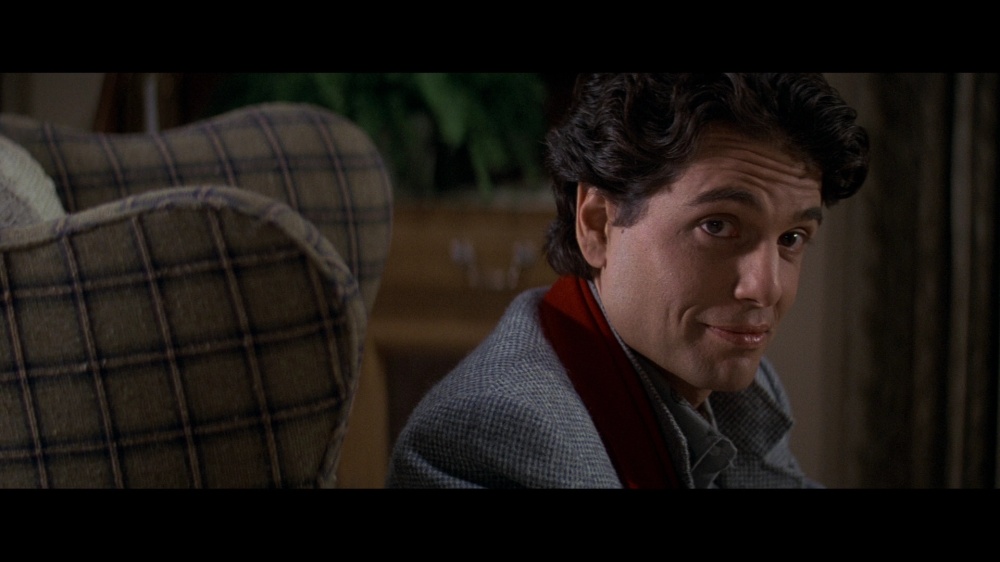 Last on my list, one of my favourite 80s movies.  Most of it is down to just how brilliant Chris Sarandon is as the vampire next door.  There’s some cracking one-liners and a great host of supporting characters, like Evil Ed and Billy Cole. Therole of Peter Vincent was originally intended for Vincent Price but Roddy MacDowall does a fine job hamming it up. Charlie Sheen was considered for the lead but rejected because he didn’t fit the ‘boy next door’ image that was required.

OK, that’s over a 1000 words on my favourite Vampire stories.  As for Val, you’ve made it this far and you haven’t been mentioned.  Well, you have now.  Thanks for making me laugh at work and for being you.  Now I only have 4 letters left to do: w,x,y and z.  If you enjoyed reading this, then please do check out my other entries in the Blogging from A-Z Challenge.  You can find them here: