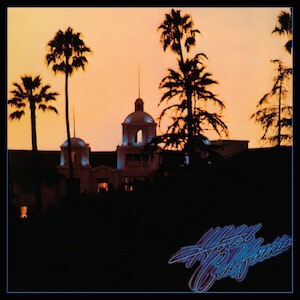 When I was growing up I took most of my musical inspiration from those closest to me. That’s what everyone does, I suppose. My Dad listened to a lot of classical music, Gilbert and Sullivan and big band swing so that’s always in my head, Mum listened to musicals like Blood Brothers and Grease… and Billy Joel in the car. I remember being greatly taken aback when I realised that not everyone on the whole world liked Billy Joel. I thought, as a young boy that no matter what people’s musical tastes, they all liked Billy Joel. That was just a given.

I used to listen to the charts every Sunday and tape stuff that I liked off that. I’ll make a shameful admission here and say the first record I ever bought was a 7″ single – Big Red GTO by Sinitta. I also listened to a lot of Phil Collins. I remember feeling very grown up buying his album (the one with Another Day in Paradise on it).

Anyway, from somewhere, probably my brother, I got into the Eagles. I loved the Southern California sound; it sounded very exotic to a boy from Newcastle.

Turns out it wasn’t the cool thing to listen to, however. Yes, I took some stick for that at school. All the cool people listened to Guns n Roses and Bon Jovi. I was about fifteen years late to be an Eagles fan. I did get to see them live in ’96.

There was no social currency at school for my next favourite band, either, another one I picked up from my brother.

I’m so glad I got to see Big Country live. I was a bit late to that party too, but I fought my way to the front of the Mean Fiddler in Harlesden and got eye to eye with Stuart Adamson, the legend.

One of his guitar strings came loose halfway through and he tossed it into the crowd. He saw me almost get it and proceeded to rip another one off and try to give it to me but it bounced out of my hand and someone else got it. He then smiled and made a not too polite hand gesture at me. At the end of the concert, he grabbed me and shouted something at me. Quality man. I was so sad to learn of his untimely death a few years later. He was truly talented and not afraid to reinvent the sound of the band.

Another band I got from my brother was The Men They Couldn’t Hang, a folksy/rock sort of outfit who never quite made it as big as they deserved to due to some ill luck (one of their tunes was banned from the playlist on Radio One as it contained a reference to hanging which was considered insensitive at the time due to a news story circulating. Not very charitable as the song is about the Navy in Napoleonic times.

Along with the Eagles, I also developed a love for the songwriting skills of Jackson Browne, another Southern California artist. I saw him at the Albert Hall in 1994 and was absolutely blown away by his voice and presence on stage.

I was  also diversifying my tastes a little at the time. My best friend introduced me to a great band called The Prodigy. I’d never much been into dance music before but this lot were fantastic – really inventive and great live. 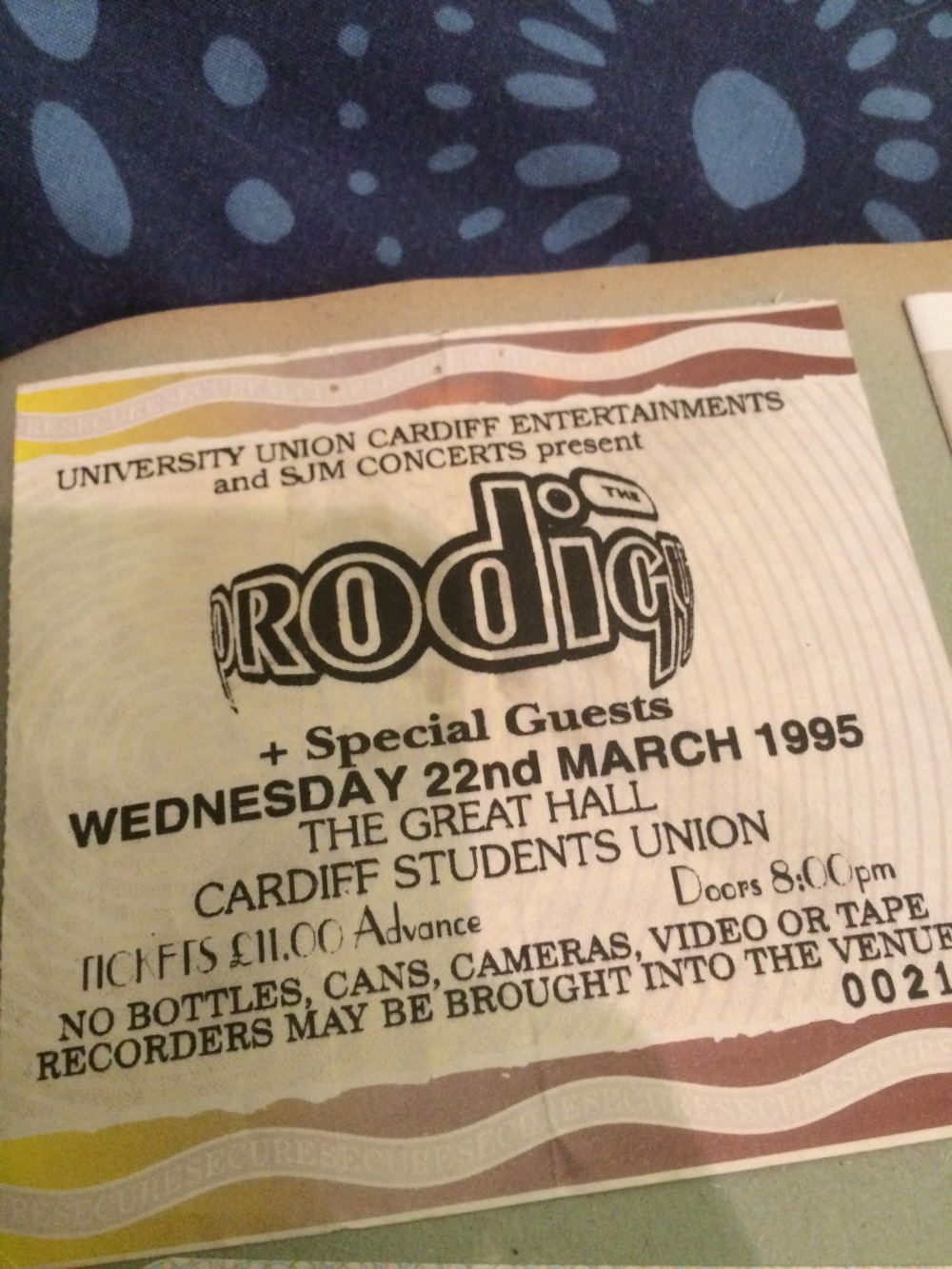 I was also at the right age for the whole Blur vs. Oasis thing in the mid-90s. I liked both bands and was lucky enough to see both of them live more than once. The highlights would have to be Blur at Mile End in 1995 and Oasis at Knebworth the year after (supported by none other than The Prodigy, Manic Street Preachers and Ocean Colour Scene).

Cowboy Junkies are a Canadian band I was introduced to by a girl at University. The lead singer is a lady called Margo Timmins, who has the most beautiful, haunting voice. I’ve been lucky enough to hear her live a couple of times. 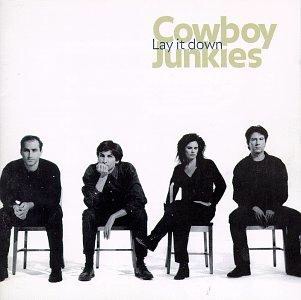 I was in the Shakespeare Pub on 6th in Austin, Texas when I first heard the Dave Matthews Band. They’re probably my favourite of all time and I’ve managed to see them live  about six times now, the first time being on Randall’s Island in New York City. They have such a great sound and a massive song list to suit whatever mood I’m in. 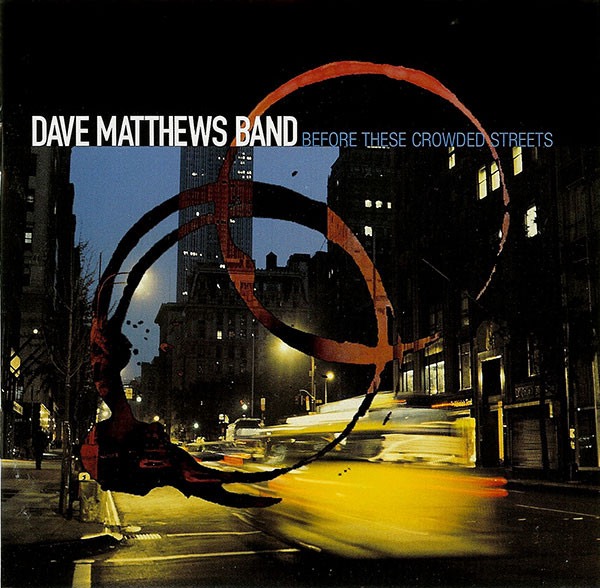 Another band I discovered in America was Built to Spill. It was Independence Day and I was in a bar in Seattle. They have a unique sound and I was hooked from the opening bars of one of their songs. They don’t venture over here much but I’ve still managed to catch them live twice. Second time round they did a fantastic cover of Don’t Fear the Reaper by Blue Oyster Cult, 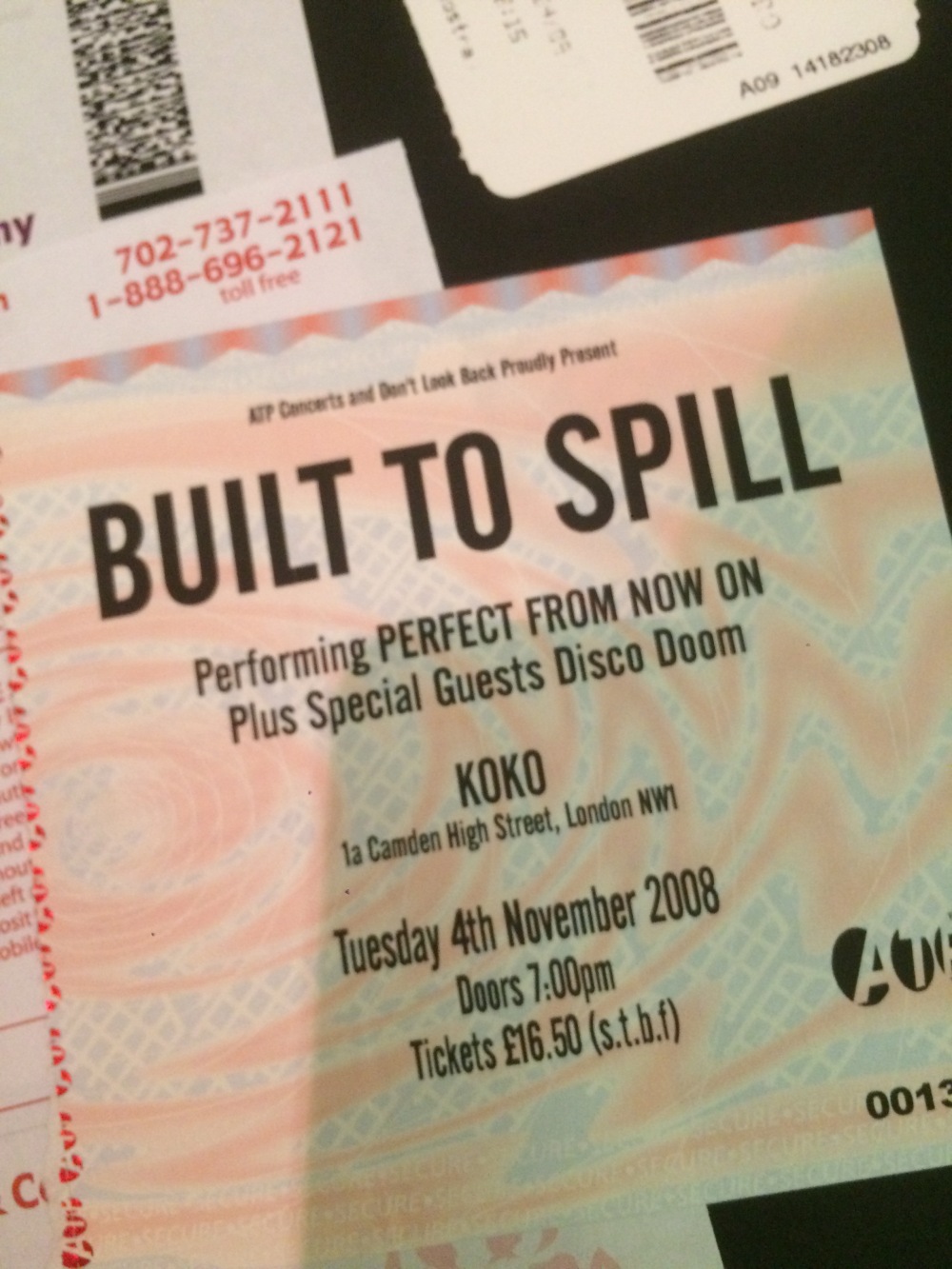 So, that’s a little journey into my taste in music. I pretty much like everything. Movie soundtracks are a big one too, but I just like what I like. I still listen to the Eagles a bit and it reminds me of old times. Here are two more tickets that demonstrate the diversity of what I’ll go see.

See, everything from Chamber music to Death Metal!

Thanks for reading. If you enjoyed this, then please check out my other entries in the Blogging from A to Z challenge.