So, I was lucky enough to see some very brief ‘rushes’ or ‘dailies’ or whatever you call them from the first day of filming on Queen of Hearts, the long-awaited Twin Peaks fan film which expands the story of Annie Blackburn.

Queen of Hearts is the work of Cameron Cloutier, lifetime Twin Peaks fan and host of the Obnoxious and Anonymous YouTube channel. 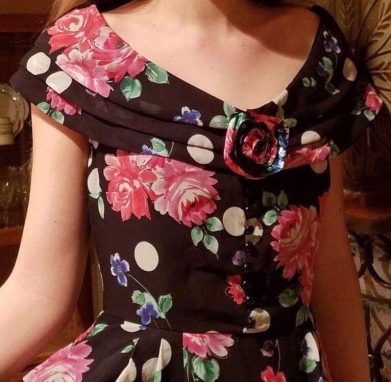 I’m not allowed to reveal any details, but it was a good sign for the film, which is close to recovering from yet another setback.

Since the project achieved its crowd funding goal of $25,000 back early last year (in fact even during the fundraising campaign), it has faced many problems. Despite support and good wishes from cast members like Chrysta Bell and Jake Wardle, it has been an uphill struggle for Cameron to get to this point, but if the footage I’ve seen is anything to go by, the end product may well justify all the trouble that he has been through so far trying to make it.

The filming is crisp and well-edited, the location is beautiful and the costume (which has been specially made) is fantastic. There’s some good make up work too and it all looks very professional indeed.

The overall tone of the clip I saw was ‘a woman in trouble’ – lost, confused and desperate. It’s intriguing, and hopefully there’s a lot more to come.

I’ll give you more updates as I have them. For now, you can check out more details at the links below.