This is still just a rumour and nothing has been confirmed yet, but there is a bit of buzz flying around that the role of Chani is all but cast in Denis Villeneuve’s upcoming big-budget adaptation of Dune. 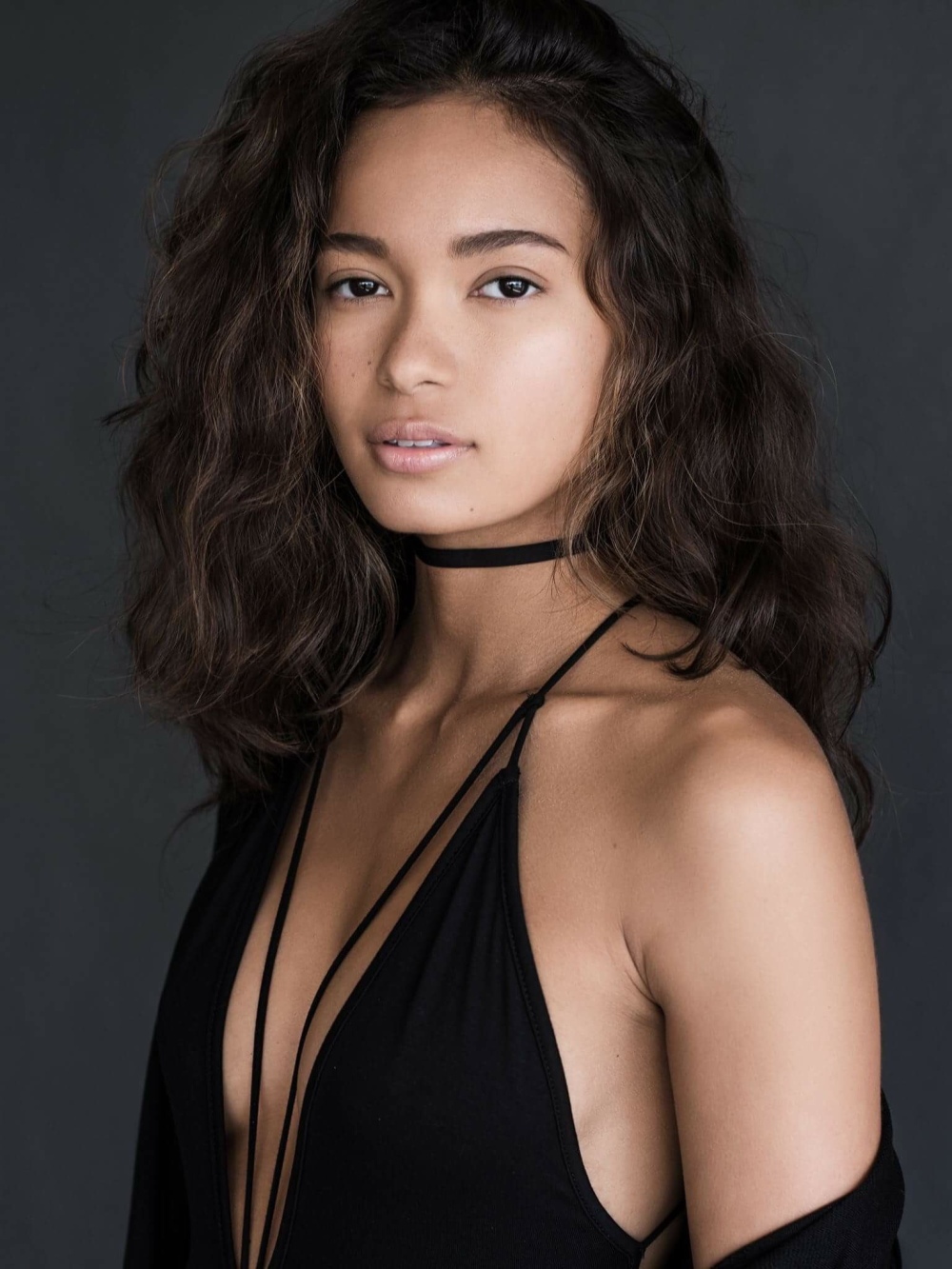 Rumours, and they are ONLY that at the minute, suggest that Florida born model, Mary Herman is attached to the project and may play the daughter of Liet Kynes and lover of Paul Muad’dib. She is an unknown in acting terms and would be making the transition from modelling. The rumours stem from a casting call which was leaked, intimating that the studio were looking for a woman of  Middle Eastern, African or Latin/Hispanic descent. Someone tweeted that they hoped it would be an unknown actress and Herman came back, saying she had auditioned for the role. 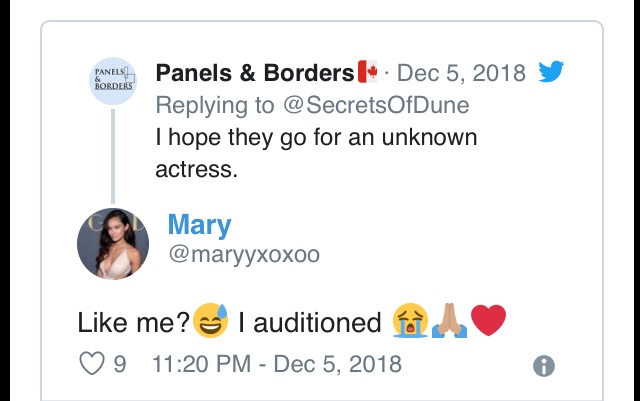 Without any more names in the mix, that immediately makes her the front runner for this crucial role in the film.  With the two other posts I’ve done about this, I had the actors’ past work to reflect on and help me in framing my thoughts on the decision. In this case, I don’t have that luxury and can only go on the looks.  Does she look like Chani? I guess so. Here’s a quick Photoshop thing I did to show how she might look. I apologise in advance for how rubbish this is.

Things have been a bit slow for a few weeks but we’ve had two bits of news in quick succession. First, there was the revelation that Roger Deakins wouldn’t be attached to the project, the cinematography being taken on by Greig Fraser (Rogue One, Zero Dark Thirty). In any case, I’m glad to have some more news to report on the casting front, even if it is just a rumour for now. If things get nailed down, then I’ll update this post. When I did my predictions for the casting, I couldn’t think of anyone to play Chani.

When I looked at the IMDb listing, I noted the Casting Director is Francine Maisler, who was also the Casting Director on 12 Years a Slave. That gives me hope that there may be a role for Chiwetel Ejiofor in the project. He’s still my pick for Duncan Idaho. Maisler also worked on The Revenant. That makes me think how wonderful Leonardo DiCaprio could be as the Baron Harkonnen, or Tom Hardy as Leto. Going a bit further, she also worked on Birdman, making Michael Keaton a possible pick for Leto or Shaddam IV.

Any thoughts? Let me know. I’m sorry I can’t tell you any more about Mary Herman. It’s nice to think someone who is relatively unknown in Hollywood might get a shot like this. I wish her the best of luck. It is just a rumour at present and one that has been comprehensively shot down by Timothee Chalamet’s agent, Brian Swardstrom. That would appear to pour cold water on the idea for now. Maybe this is all the work of Herman’s own agent in an attempt to raise her profile. I guess we’ll have to wait for confirmation. Here’s that Twitter exchange

The lady has her own Atreides dog! What more endorsement do you need?

Thanks for reading. Good luck Mary,

Check out my other casting reactions below, along with my Fantasy list… It can’t be long now before more and more names start being added to the real list