Skip to content
Posted on February 6, 2018February 7, 2018 by richardaustinwriter

Having done Buffy and Angel, it seemed fitting that I should complete the set by running down my favourite Firefly episodes. As there are so few, and they’re all so good, it seemed silly to cut any off the list.  I did 15 Doctor Who stories after all, so why not do 15 Firefly episodes.  I started looking through the episode list and quickly realised that I really liked all of them.  There’s one that gets on my nerves a little but even that has its redeeming features.  I decided that I would just put them all in order including the film.

This really was a magic television program. Great writing, a fantastic cast and a lovely central idea. It was cut down very early and that has been talked about so much over the years so I won’t go into it here.  However, the result of that is that it never had the chance to go off the boil. It started strong and stayed there all the way through its time. So, without further ado, here’s my run down from shiny to shiniest.  There is no ‘worst’ episode because they’re all quality. 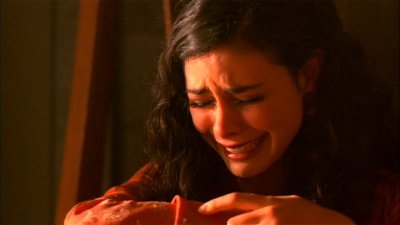 Having said that, there is one that annoys me a little. It’s a shame because it really shouldn’t. It’s got plenty of character development, great comedy and drama. I just can’t seem to warm to it, though. I find the story to be a little too derivative without the usual twist on things – and I just can’t get on board with the Mal and Nandi thing. Really? While Inara’s in the building? I thought it was a little out of character and it always makes me a bit cross.

Best line – Wash – “Were I unwed, I would take you in a manly fashion.” 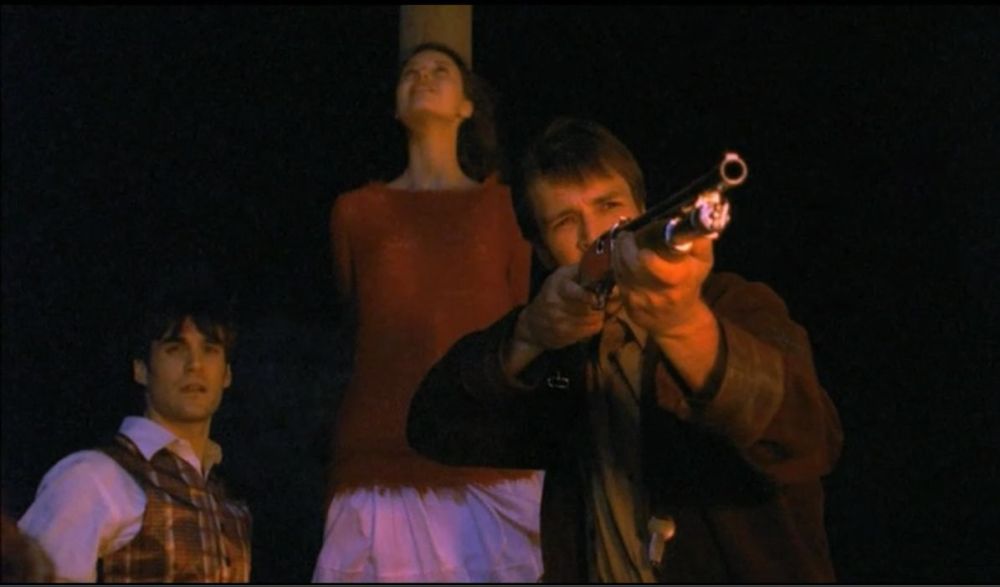 This is the lowest rated episode in the series on iMDb. I prefer it to Heart of Gold because it gives us a lot more in terms of Simon and River and who they are. It also sows some seeds, which were never fully developed, on what Shepherd Book’s history is. The Alliance are very quick to take him in and fix him up once they realise who he is.

I like the way the sob story told by Tracey to the crew starts to unravel over time. Jonathan M Woodward has a habit of getting outed as a villain and subsequently killed in Whedon’s shows. One does wonder what Tracey was going to do about getting his own organs back but that doesn’t take away from the quality of the episode.

Best line – Wash – “Man walks down the street in that hat, people know he’s not afraid of anything.”

Our first introduction to Reavers, this is a chilling episode. There are also fantastic moments of comedy, especially with Zoe, Wash and Jayne during the interrogation scenes on the Alliance ship. The horror elements of the episode are handled brilliantly and there is a deeply unsettling air about the ‘passenger’ they take on who develops murderous tendencies.

Best line – Commander Harken – “You fought with Captain Reynolds in the war?”

Zoe – “Fought with a lot of people in the war.”

Commander Harken – “And your husband?”

Zoe – “Fight with him sometimes, too.”

Any episode that steals lines from Blake’s 7 is OK by me. The Train Job was rushed through after the network requested a more action-packed pilot episode to kick off the show. That’s why, when you watch things in the correct order, some of the dialogue in the opening seems like awfully clunky exposition. It had to be shoehorned in to make new viewers feel like they knew what was going on. Niska is a great villain and the action is executed very well. My standout moment has to be Mal putting the guy through the engine at the end.

Niska makes a welcome return in this great episode which looks deep into the dynamic between Zoe, Mal and Wash. It’s so refreshing to have a married couple in this kind of show, doubly so because they don’t have a fairytale relationship; they have a marriage. They bicker and disagree over things but their love for each other shines through clearly. Zoe is such a great character and this episode really showcases Gina Torres’ quality acting. Mal and Wash occupy most of the screen time but it is Zoe who takes centre stage here.

This is a very interesting episode with a very well drawn character in Jubal Early. He is played with a strange, off-putting intensity by Richard Brooks. There are some great visuals and it is a stunning piece of work with which to end the series. Watching the bounty hunter move through the ship gives us new perceptions of it as a character in itself, too, even this late on. It’s also an episode which is all about control. Early starts out in full control, knowing himself and his objectives with absolute clarity. Over the course of the episode, River turns this around in her own favour, finally showing her capabilities to all.

Best line – Wash – “Yes Jayne, she’s a witch. She has had congress with the beast.”

Wash – “How did your brain even learn human speech? I’m just curious.”

I absolutely love this episode, which made me really surprised that it came this far down the list. It shows the quality of what’s in front of it. A welcome return of Christina Hendricks spices up this heist story. It’s very funny watching the crew react to her return, especially Wash and Zoe. Saffron is a very interesting character and it would have been great to see her developed more had the series continued. 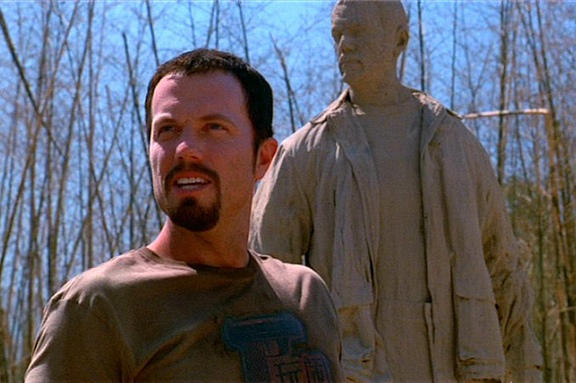 We don’t get much of a look at Jayne’s story through the series, with the exception of the snippets given us in ‘Out of Gas.’ It’s only this episode that gives us a glimpse of the man’s past. It’s a mark of the quality =f the series that it can go from comedy to drama without missing a beat.  From all the fun that there is to be had with Jayne being an unintentional hero to the downtrodden Mudders (with his own song, no less), there’s also the tragic end when someone takes a bullet for him. Adam Baldwin does some quality work here bringing real pathos to the episode where you wouldn’t have expected it.

The pilot episode that should have been! This was shown hideously out of sequence and would have made such a wonderful beginning to the show. Only on subsequent DVD releases and streaming did it take its intended place. The ensemble cast is introduced skilfully and with enough time for us to build up a real fondness for them by the time the story is done.  Sometimes in TV shows it can take a few episodes for characters to grow into themselves but here they just seem to have the beat from the word go. Beautiful.

Badger – “That only matters to the people on the rim.”

This is one of my favourites. We get a great insight into Mal’s feelings for Inara and his struggle with her profession. The scene at the ball is done very well, down to Kaylee’s amazement that there are strawberries. Whenever I’m somewhere with a buffet table, I will now never be sure ‘unless I question it’. The more I think about it, the less I know why this is so high on my list.  Something about it just really works for me. 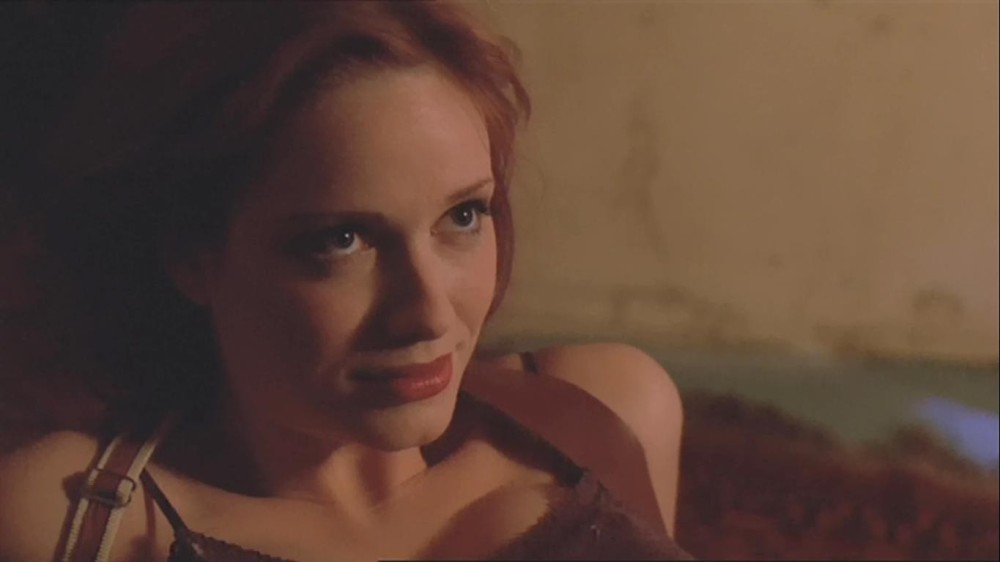 Christina Hendricks does fantastic work in this episode, manipulating the crew (most of them anyways) into thinking she’s an innocent waif. There are so many memorable scenes in this episode; too many to name in fact. For starters, there is Jayne’s attempt to swap ‘Vera’ for Mal’s new bride. Then, there is the short shrift that Zoe gives Wash when he starts to even pretend to hanker after a wife who will cook for him. The dialogue and interplay between characters is just delicious all the way through.

Mal – “Well, my days of not takin’ you seriously are certainly comin’ to a middle.”

This is the top rated episode on iMDb and is a wonderful way to approach the origin story. We get to check in with how all the different characters found their way aboard Serenity (those we have never had explained to us before anyway). We find out how Kaylee found her way on board, where Jayne fits in (that scene is simply comedy gold) and how Zoe didn’t like Wash when they met. Then, on top of all that, we get the desperate struggle to fix the ship in time, which is really exciting.

Jayne – “Not as deceiving as a low down, dirty… deceiver.”

This is my favourite episode of the TV show. It has all that is best about the series, comedy, drama, thrills, real emotional weight and great writing. It has the Ocean’s 11-style plot to rob drugs from the hospital while getting Simon access to the medical facilities so that he can find out what is wrong with his sister finally. It’s well-paced and has genuine tension. There is also the menacing presence of the two ‘agents’ on the trail of River and her brother. The sets are really good, it’s shot really well and is lots of fun. Then, at the end, we get a great scene that reveals so much about who Mal and Jayne really are. It’s probably my favourite scene from the entire series. Jayne’s betrayal has nearly cost the whole crew their lives and Mal knows it. He traps Jayne in the airlock and is ready to go full Laura Roslin on him before Jayne says that he wants Mal to refrain from telling the others what he’s done. We see how ready Mal is to take action, we see his humanity and that of Jayne. Fantastic scene that sums up everything that is great about this great show.

Best line – Jayne – “We applied the cortical electrodes but were unable to get a neural response from either patient.”

It was a large task, trying to bring a small screen show into a cinematic form, giving enough introduction to make new viewers feel like they knew what was going on while also catering to die hard fans. Whedon had to come up with a standalone story that drew in all the threads of mythology from the TV show and then developed and concluded them in a satisfying way. He succeeded. Not only did he succeed, but he even managed to bring in new things that fit perfectly. Things like Mr Universe and his heartbreaking last words; things like the Operative, played with chilling efficiency by Chiwetel Ejiofor. He provides the perfect foil for Mal and the pair of them are great to watch together. I remember just how fantastic it was to see the crew and their story expand to fill up the big screen. It took the events of the series and brought them up to a new level.

So, that’s the line up. You probably disagree and I wouldn’t much blame you if you did. Leave me a message in the comments if you do, and thanks for reading,

You can check out some of my other lists here:

Top 50 Spaceships ever (plus mine!)