There is something of a jump in quality in bits of this episode. The lead characters have found their feet and are building good chemistry with each other which was lacking in the first two episodes. Quinn and Hynek make a decent pairing in an understated kind of way. I can’t say that I completely get Quinn’s motivation but he is beginning to show layers and a sense of conflict between following orders and his own knowledge of the right thing. 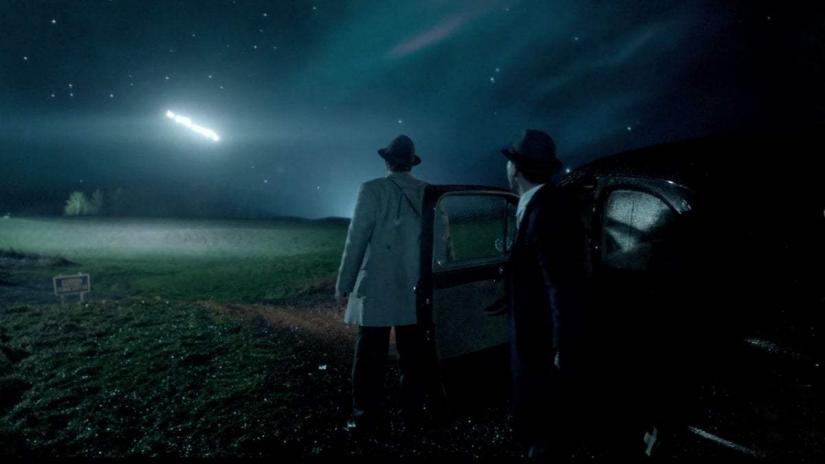 The central action of the episode takes place in Lubbock, Texas as we are treated to a dramatized recount of the famous mass sightings of 1951 around Texas Tech University. Several professors and other residents of the town saw v-shaped groups of lights whizzing through the skies. The USAF’s investigation failed to come up with a reasonable explanation that they have ever shared, despite early theories that it could have been groups of birds reflecting the light from new street lamps.

The sub plot with Hynek’s wife and her duplicitous friend continues as Mimi invests ina  bomb shelter for her back garden. This shows her increasing feeling of isolation with her husband’s long absence, and also her fears of the mystery man who appears and disappears like Michael Myers wherever she looks. It also serves to inform viewers of the general paranoia that pervaded America at this stage of the atomic age. I do hope someone points out to her that a wooden bomb shelter (much like a garden shed) is unlikely to protect her or Joel from an atomic bomb. There are some very nicely done special effects in this episode. It has a very Close Encounters vibe at some points, which is fitting since the real Hynek worked as an advisor on that film and even had a brief cameo. Hynek and Quinn stand watching the skies and there is a scene with a car being ‘interfered with’ by power surges very much like the scene with Richard Dreyfus in Spielberg’s classic.

The episode also brings in another side plot involving Donald Keyhoe, naval aviator, writer and UFO researcher and the Majestic 12 group hinting at more conspiracy-based plotting to come. The episode ends with a big reveal of how much the group knows about what is going on. I didn’t see any more Twin Peaks references in this episode, but I probably just missed them. 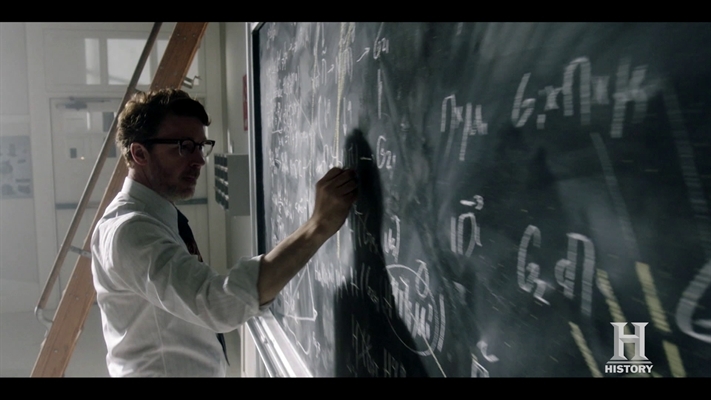 Overall, I think this was the strongest episode so far. The characters are starting to find their feet and this felt much more like a complete narrative. If they can just make the ‘Mimi and Susie’ plot a little more dynamic, this should start to pick up from here. I’m looking forward to the next one, after which I’ll be all caught up (as far as the UK showings are going, anyway).

Check out the other episode reviews I’ve done so far by clicking the links below.