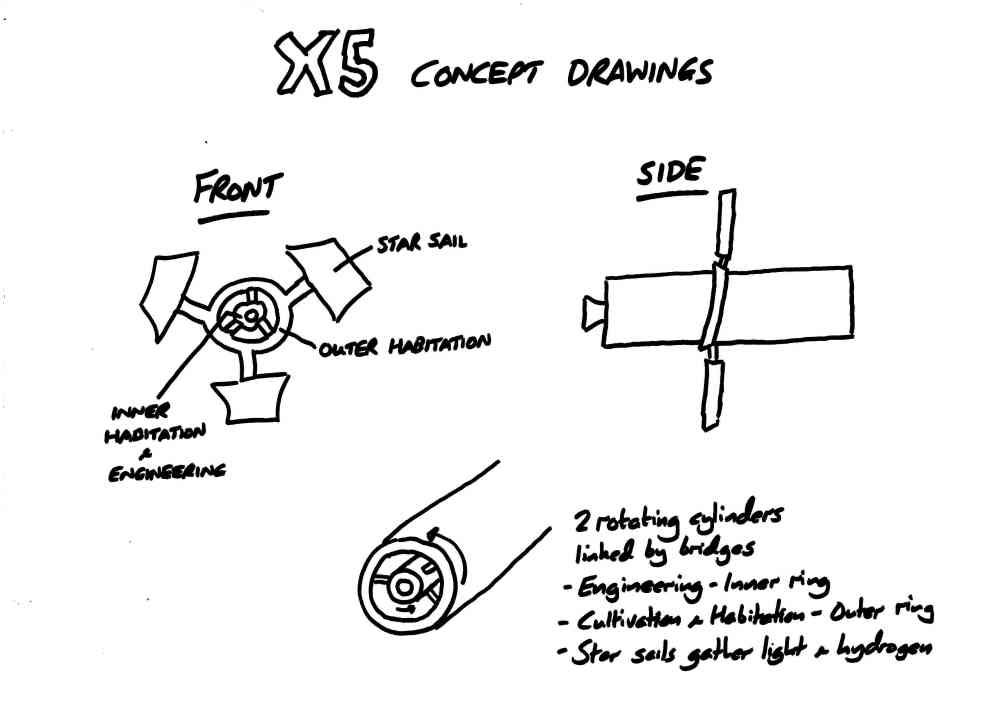 I promised some drawings of what I was thinking about in terms of as a look for the spacecraft which becomes the home of Paul Armstrong and the others as they go on their journey.

You can see these drawings below.  This is a rough idea, based around two rotating cylinders which create a gravity effect on their occupants.  Three “starsails” are attached to the outer cylinder, used to gather solar energy for the beginning and end of the journey.  These are designed to work like high intensity solar panels which would gather light from more distant stars during the crossing.  They would also serve to harvest hydrogen particles for water production at other times.  My favourite view is from the front, which reminds me a little of the Liberator from Blake’s 7.  I look forward to working on the design more, including a look at the interior arrangements.  I wanted to create something which was largely functional as opposed to being all about looks.  I may play around with other ideas and post those too, but this is where my thinking is at the minute.